Windows 11 Debloater is a free portable tweaker for Microsoft’s Windows 11 operating system. It is a general purpose tweaker, unlike specialized tools that focus solely on privacy and security.

All you have to do to get started is to download the application, provided as a zip file, from the developer website. The file size is low, currently 113 Kilobytes.

Extract the file after completion of the file download and run the Windows11Debloater executable from the directory.

Note: Windows 11 may display a SmartScreen warning when the program is launched. Also, an UAC prompt is displayed after you accept the warning. 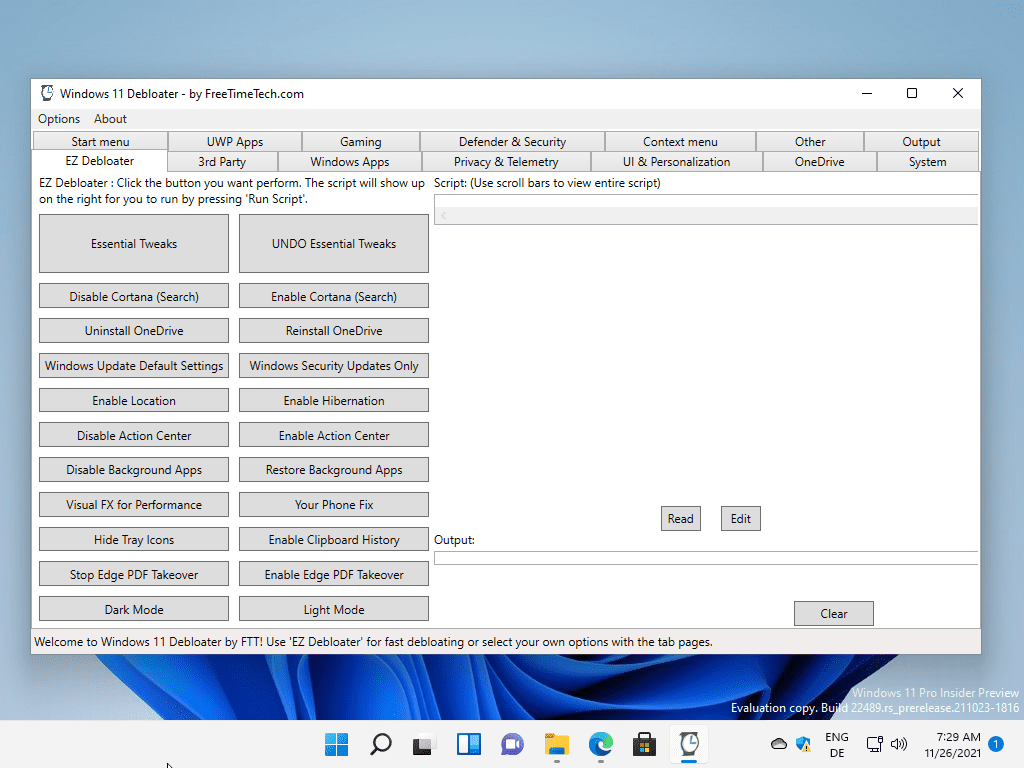 The interface can best be described as overloaded. The startpage, EZ Debloater, displays quick actions that users can perform with just a few clicks. These range from uninstalling OneDrive to applying essential tweaks and enabling the Clipboard History feature.

Tweaks are displayed as scripts when selected on the same screen, but most users will have a hard time figuring out what these scripts do. Some entries have tooltips, but these reveal little information about the changes that will be applied when the script is executed on the device. Select “run script” to execute what is displayed on the screen. 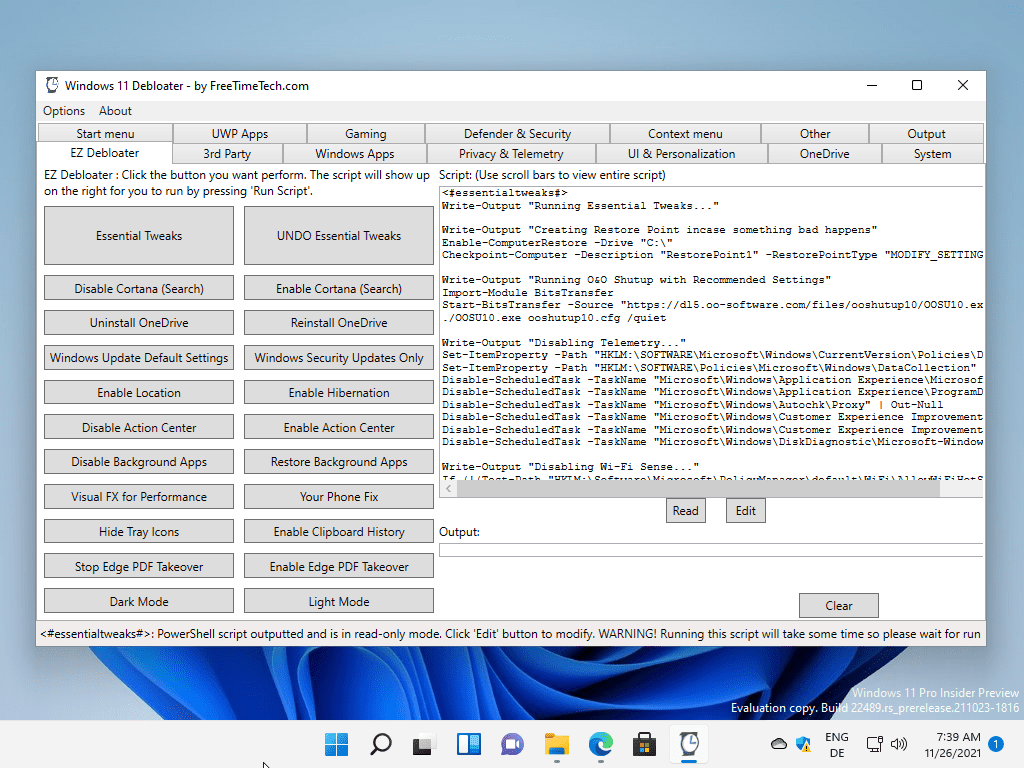 It is usually not a good idea to execute this, as changes may be made to functionality that may be needed. In any event, is is highly recommended that you create a backup before any change is made using the application. Windows 11 Debloater comes with options to undo tweaks, which is good, but users may want another restore option in case things go wrong.

The Windows 11 tweaker includes a good dozen tabs with tweaks that make single changes to certain features of the Windows 11 operating system.

Take Privacy & Telemetry as an example. The page, when selected, displays 14 tweaks that can be applied or restored. These range from disabling the Advertising ID to disabling the main Telemetry service DiagTrack. 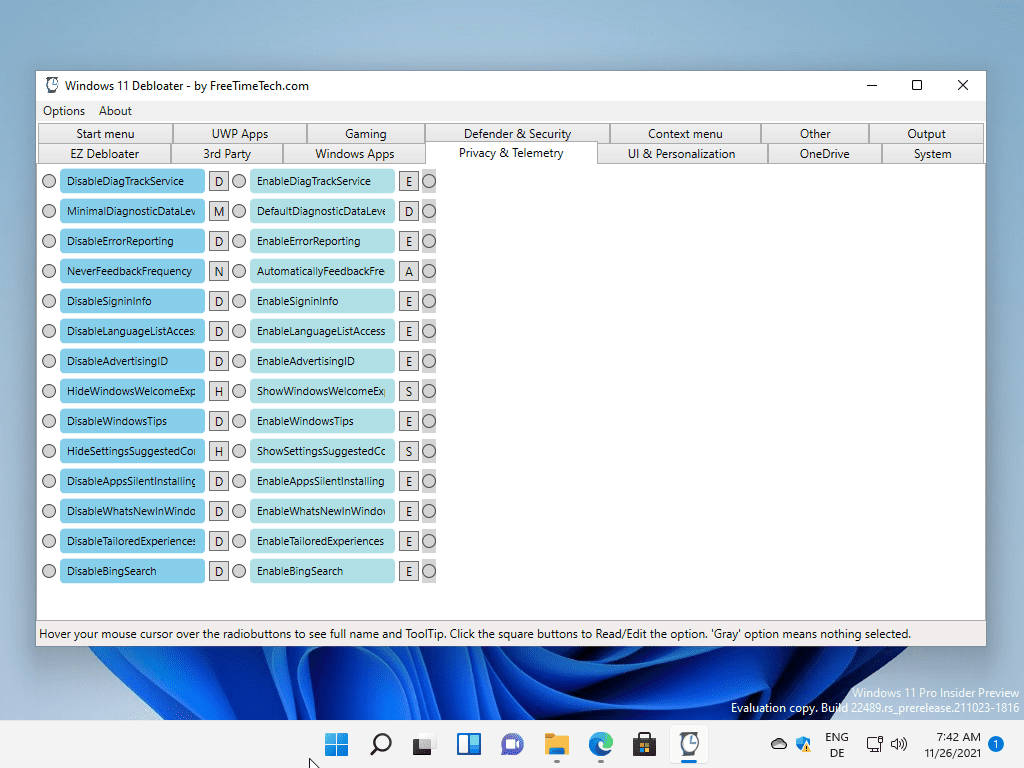 The tooltips are more useful here, as they provide a short description of what a tweak does on the system. The interface is still somewhat confusing on first glance, as you get five selection options for each of the entries. The letters display the PowerShell scripts that are executed when a tweak is selected in the interface, and the three selectors define the actual action that is executed when you run the entire output.

Some tabs list just a few tweaks, some a lot of them. Tweak titles may sometimes be difficult to understand, but tooltips are available that help users find out about a particular tweak. Another option that users have is to look at the script code and run a search for a Registry key, Scheduled Task or other identifier to find out more about it.

Windows 11 Debloater is a powerful tool that suffers from usability issues. A different list view of items, one that is less confusing, would certainly help in that regard. All in all, it is something to keep an eye on to see if it improves in future releases.

The post Windows 11 Debloater is a powerful but confusing tweaker appeared first on gHacks Technology News.