The wait is finally over — Windows 11 is here as Microsoft has officially kicked off the Insider Preview program for the next generation of Windows. The company is also rolling out several updates on top of the base Windows 11 build in preparation for an eventual rollout via the stable channel. This article will serve as the central repository of knowledge base (KB) articles and download links for all updates related to Windows 11, including both the Insider Preview and the stable builds.

The internal structure of a MSU package

The primary focus of this index is centered around the Cumulative Updates (also known as Monthly Rollups), which include both security and reliability updates that are packaged together. Since they are cumulative in nature, the latest rollup package has the ability to update the target Windows version to the most recent build, regardless of what the previous build number was.

In some cases, one may need to apply a Servicing Stack Update (SSU) before installing the newest Cumulative Update (CU). The servicing stack is the code that installs other operating system updates, hence Microsoft usually bundles them with CUs before publishing a standalone MSU package. Power users or system admins may still prefer to deal with the CAB variant for ease of deployment. In that case, always install/integrate the SSU before engaging with the CU.

Microsoft also provides CUs for the .NET Framework portion of the Windows OS. Unlike the SSU, they are distributed separately from the regular CUs.

Windows Feature Experience Pack is yet another type of update that delivers new feature improvements to customers outside of major Windows feature updates.

Then comes the Dynamic Updates (DU) that are meant for the Windows setup engine. They are being automatically downloaded and applied on the fly in order to fix the Windows recovery environment (WinRE), setup binaries, or any files that the Windows setup uses for feature updates. However, we decided not to include them in this index for the sake of avoiding clutters.

To have a clear idea about Windows update terminology, see the article about the types of Windows updates. Keep in mind that an inter-OS (e.g. from Windows 10 to Windows 11) or an inter-build (e.g. from Windows 10 November 2019 Update/Build 18363 to May 2020 Update/Build 19041) update is a way more complex scenario. Microsoft handles such upgrade paths using the Unified Update Platform (UUP), the details of which can be found in this tutorial.

Cumulative Update for .NET Framework 3.5 and 4.8

How to Install these Windows 11 builds

To install a CAB update package, you need to use a built-in system utility called Deployment Image Servicing and Management (DISM). The command-line syntax should be as follows:

Since Windows 10 Insider Preview Build 21382, Microsoft has made a significant change in the Latest Cumulative Update (LCU) format. As a result, the end user can’t use the CAB file directly. To perform the installation using the built-in update module, the corresponding Patch Storage Files (PSF) package must be present. This is the exact reason one can find PSF files corresponding to each LCU in the Windows 11 UUP Dump. In case of an online installation, Windows Update only downloads and generates missing PSFX (PSF Express) payloads, while the CAB package only contain the manifests.

However, DISM alone can’t handle the PSF packages, which means we need to somehow combine the PSF and CAB files manually before trying to install them offline. Fortunately, there exists an open source tool named PSFX Repack for this job.

The MSU variant, on the other hand, is somewhat standalone in nature due to the fact that one can simply double-click on it to install the package. Note that DISM can also install MSU files. 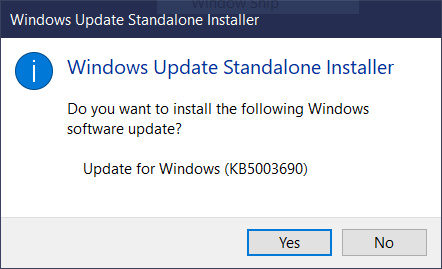 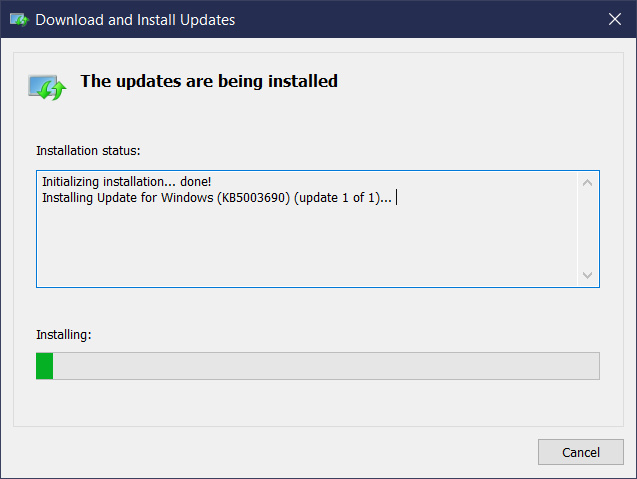 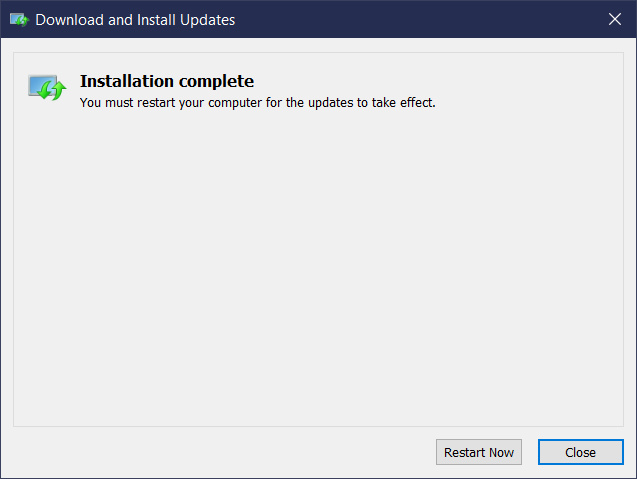 After the installation finishes, you will be prompted to restart the PC for the changes to take effect.

The Settings app in Windows 11 has an option to view the list of updates installed on your PC. Here’s how to access it. 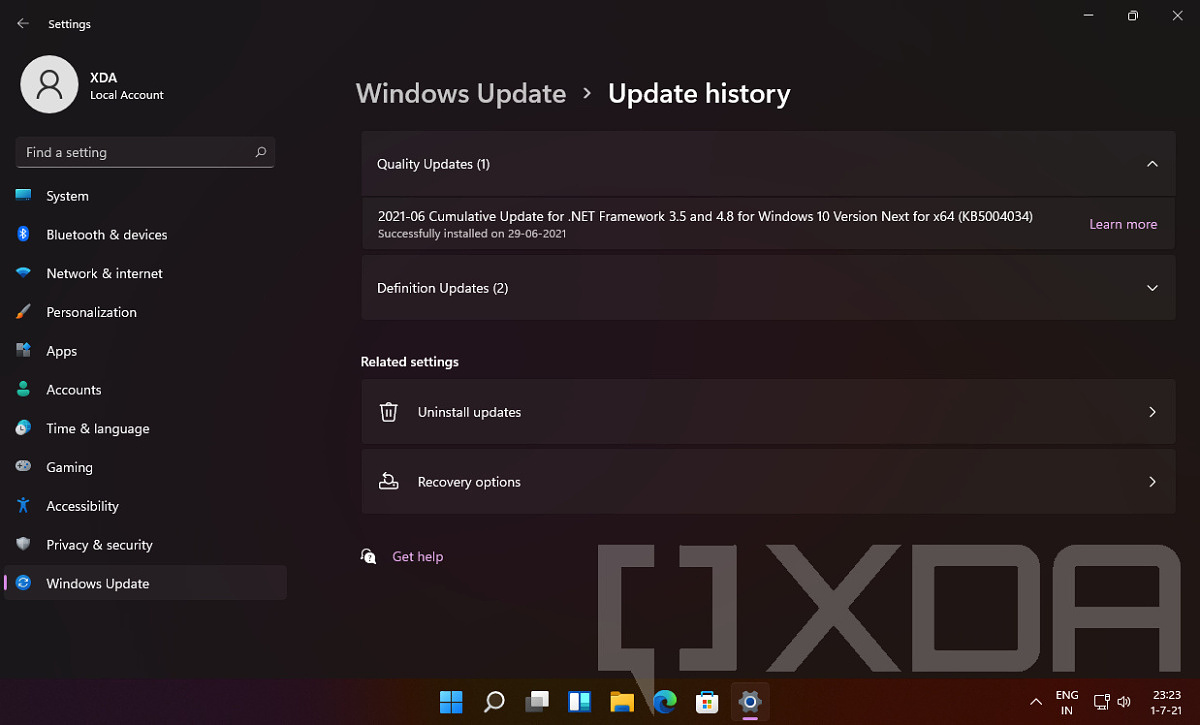 The good old “Programs and Features” applet in the classic Control Panel can also show you the list of installed updates.

If command-line is your thing, then you can opt for DISM or Windows Management Instrumentation (WMIC) as well. You need to execute the command from an elevated instance of Windows Terminal.

We hope this article not only serves as a common update index for Windows 11 but also provides general installation instructions that can be useful for other Windows builds as well. We’ll be updating this guide with links to newer Windows builds, so check back again in the future!