In the fourth part of the series, we are taking a look at the default file manager tool File Explorer and the changes that Microsoft plans to introduce in the Windows 11 2022 update.

Microsoft changed File Explorer in several key areas when it launched the new Windows 11 operating system in 2021. One of the most prominent changes was the introduction of the compact context menu, which File Explorer displays by default.

The change was not the only one, as Microsoft streamlined the main toolbar of File Explorer, which resulted in many items being accessible only after an extra-click or two.

Windows users who had hoped that Microsoft would address these issues in the upcoming feature update will be disappointed. There are other changes though, and the following paragraphs highlight all the important changes in File Explorer.

Several elements have changed when you open File Explorer. The homepage, the first screen that opens when you launch the file manager, may look similar on first glance. The menubar at the top is identical to the 2021 version, but the sidebar has seen several changes.

Quick Access has been renamed to Home, but the underlying function is still called Quick Access in menus. Microsoft replaced the star icon of Quick Access with a new Home icon to better visualize the change.

In the main area of the homepage, Folders has been renamed to Quick Access. It offers the same functionality, but has been renamed. Files that are pinned are listed under Favorites, a new section of the File Explorer homepage.

Files and folders may be added to the favorites via the context menu. Right-click on a file or folder and select the “add to favorites” entry to add it to the section on the homepage.

Favorites are displayed on the homepage but not in the Quick Access listing of the sidebar.

Search will find files and folders listed under favorites and recent files, even if these are not local files. Files hosted on OneDrive may be returned here.

Home is not the only available entry point when File Explorer is opened. Windows 11 users may open This PC or OneDrive instead.

Here is how that is configured:

OneDrive was missing in the release version of the Windows 11 operating system. Other file synchronization providers may add their services to the menu as well so that users may pick them as the start page when they open File Explorer.

Folder Options list another new feature in Windows 11 2022 Update. The option to display files from Office.com is enabled by default. 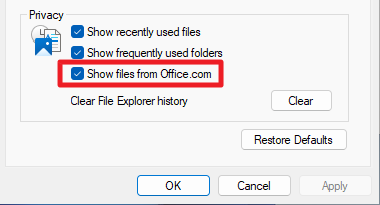 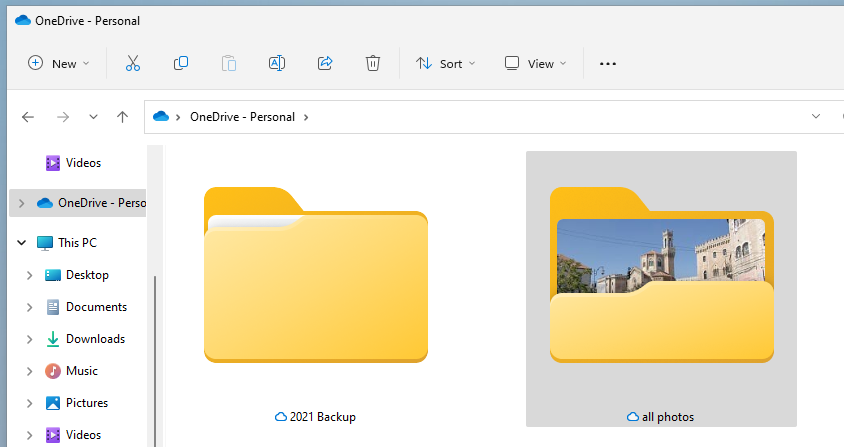 Then folder preview feature is making a return in the upcoming feature update for Windows 11. Microsoft launched Windows 11 without it.

Still, for Windows 11 users who use File Explorer to browse image or media collections, it may improve the experience.

Shortcuts and the context menu 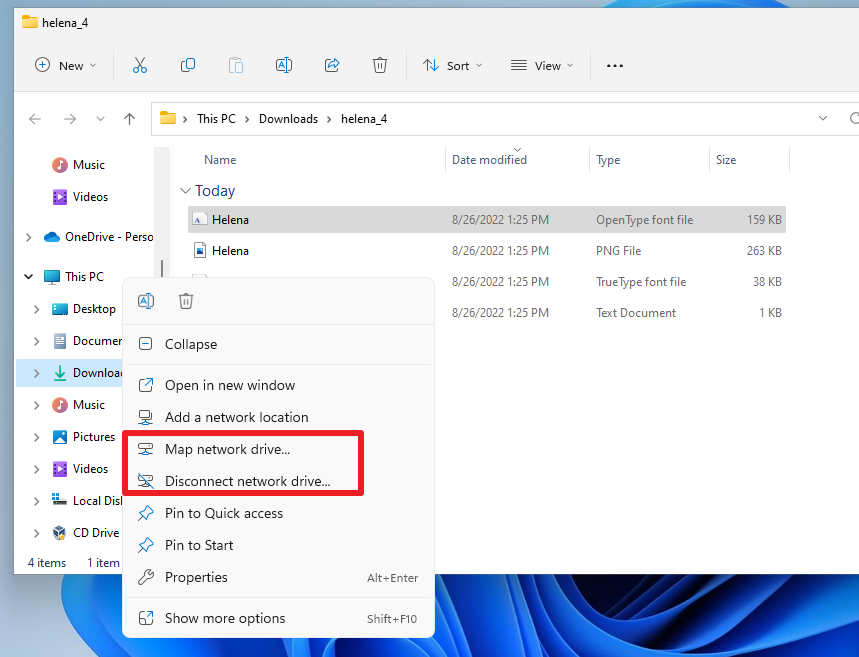 In the new feature update, users may also hold down the Shift-key and right-click on an item to display the full context menu right away, bypassing the compact one.

Shift-F10 remains an option for keyboard-only users, but Shift-Right-Click is improving the experience for Windows users who prefer to use the mouse.

The compact right-click context menu displays a few new options when certain items are active. Fonts .inf and .cer files display a new install option in the context menu now to improve the installation process for these.

The same options are displayed as well when you right-click This PC in the navigation pane of File Explorer.

Some items of the context menu have new icons.

The new keyboard shortcut Ctrl-Shift-C copies the full path of the selected file or folder to the Clipboard. 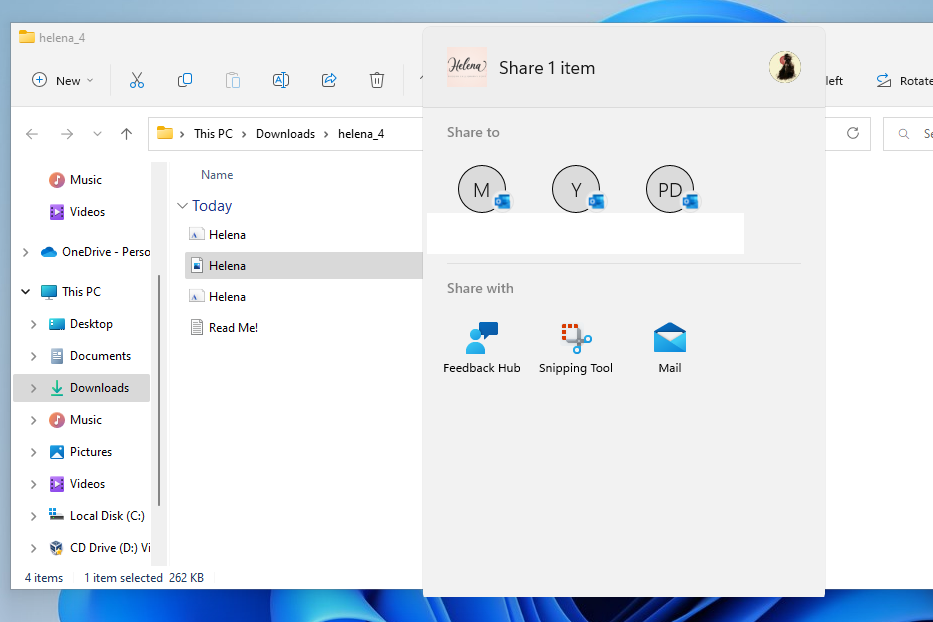 The Share feature, which is listed as one of the available options in the toolbar, may display contacts, nearby people and apps now. The share menu opens right after selecting share, making it easier to share to users or apps that content is shared with on a regular basis.

The available options depend on whether a local or Microsoft account is used, and which apps are installed on the device.

It looks as if tabs won’t be a part of the Windows 11 2022 Update, but will be delivered via a smaller update after the release of the first feature update.

Tabs are one of the main features that Microsoft has been working on for a long time. Windows 11 users may open multiple different folders and drives in a single File Explorer when the feature lands, similarly to how tabbed-browsing works in modern web browsers.

File Explorer in Windows 11 version 22H2 gets a handful of new features that improve it. The new full context menu shortcut option, folder previews, or the option to display cloud provider content when launching File Explorer need to be mentioned specifically.

The update does not address the usability issues, on the other hand. There are still two context menus that users have to juggle between, and the main toolbar is still hiding options that were accessible right away previously.