Microsoft released the preview update KB4598291 on February 2, 2021 for Windows 10 version 2004 and 20H2. The preview update fixes a huge number of issues according to the official release notes, including issues that could make the system stop responding, display a black screen on sign-in, or display cloud provider folders twice in File Explorer.

Microsoft lists three known issues on the support page. Two of the three are not new, as previous updates, such as January’s KB4598242, are also affected by them. The single new issue listed describes a problem with Direct3D 12 games when the in-game overlay of the Discord messaging client is being used. Games may throw an error and close unexpectedly. Microsoft notes that a Discord update addressed the issue, and that affected users should update the software to resolve it.

Reports on the Feedback Hub suggest that the single new issue is not the only one that hit some users who upgraded devices to the new version of Windows 10. 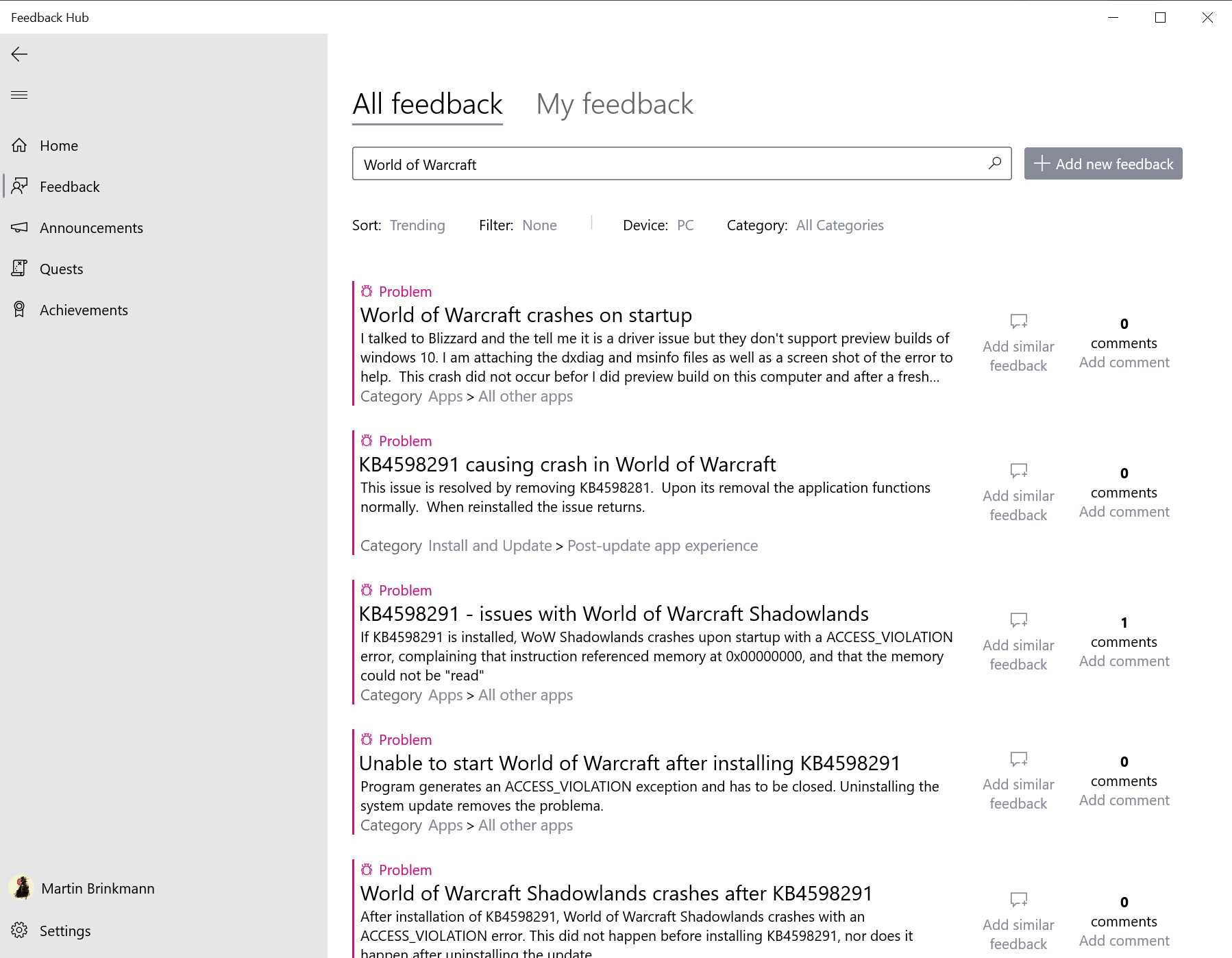 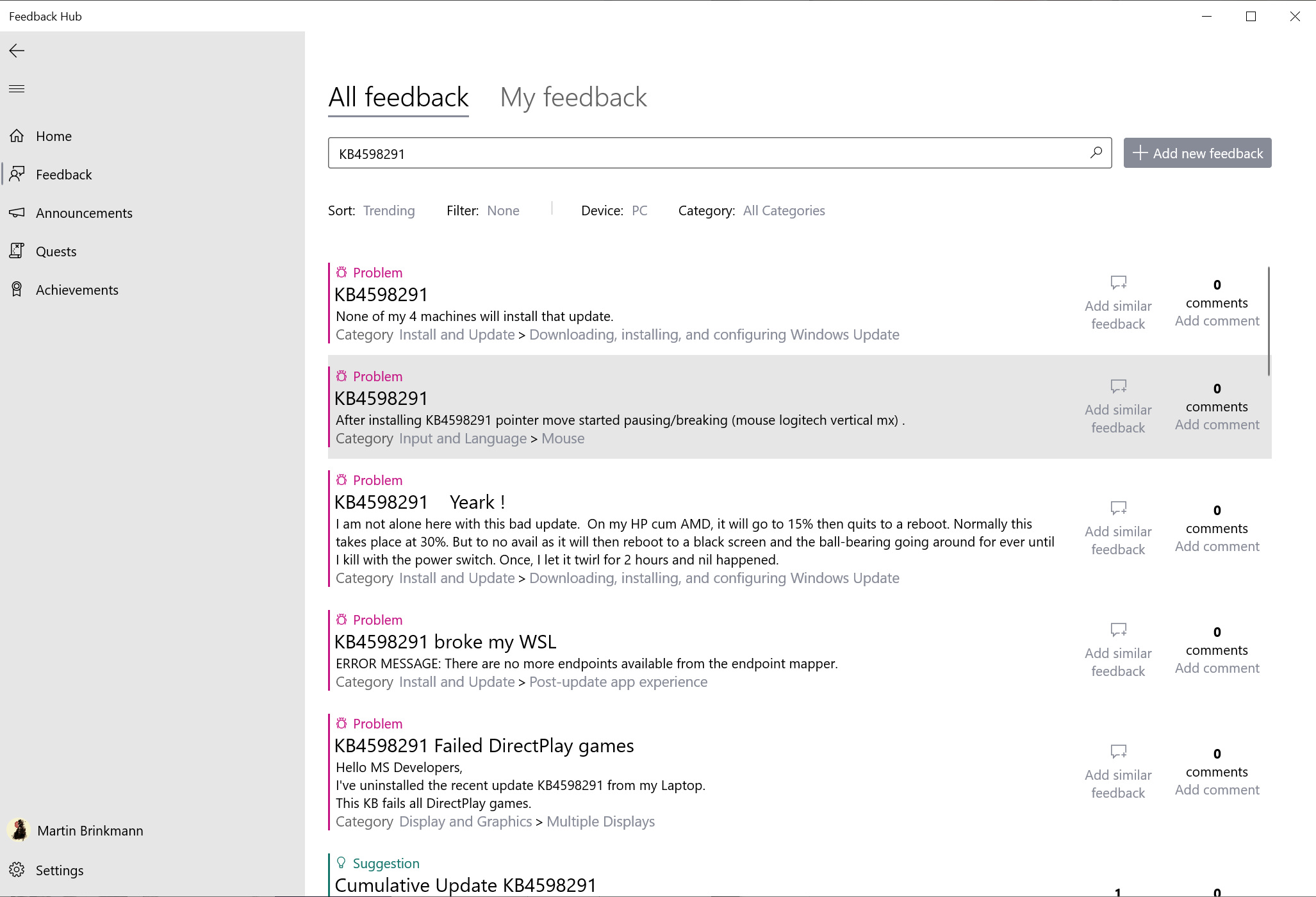 First spotted by Windows Latest, feedback listings suggest that the issue is more widespread than what Microsoft’s support site lists as known issues. While the World of Warcraft issues, crashes for most users, could be because of Discord running on the system as well, issues with Windows Subsystem for Linux, secure boot violations and lots of reported installation failures indicate unresolved issues.

The update is only available as preview at the time of writing, but it will be released to all users on today’s February 2021 Patch Day. Considering that it is unclear how widespread the issues are or whether Microsoft fixed the issues in the meantime, it is recommended to be very careful when it comes to today’s update releases.

A good precaution is to create a backup of the system prior to installing today’s updates. It may also be wise to postpone the installation for just a bit and monitor social media and blogs to see if lots of users are reporting issues.

The post With KB4598291 causing issues on some Windows 10 devices, you better be careful with today’s update releases appeared first on gHacks Technology News.