The software now allows you to move the touch controls to the second screen, resulting in comfortable full-screen gaming. Developers are able to create custom controls for games, meaning dual-screen gaming may become one of the best ways to play a game.

This can best be seen in this screenshot from the WC. 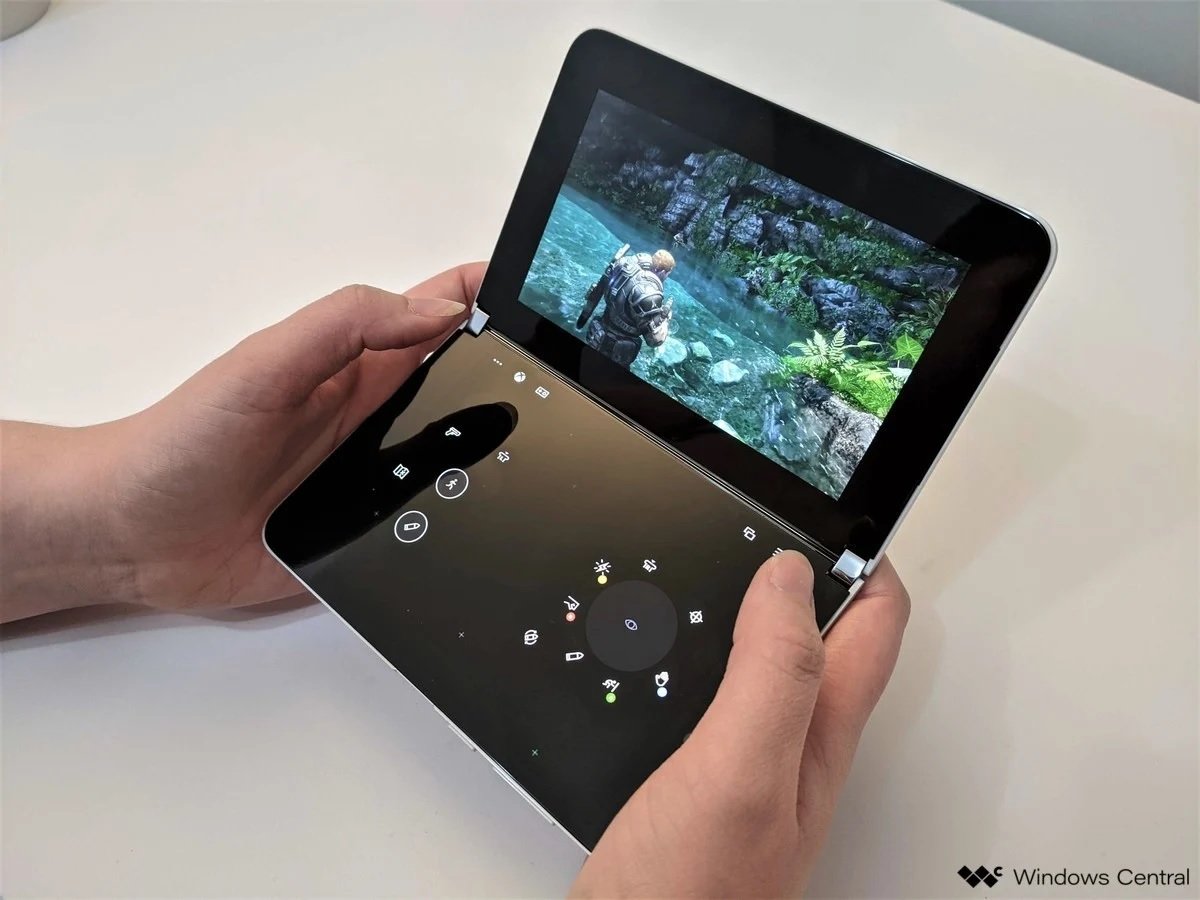 Some games, such as Gears 5, even support the gyroscope in the device, allowing you to pan by moving your handset.

The arrival of the feature fulfils one of the promises of the dual-screen handset, of being the best portable Xbox.

It is not known yet when the feature will come to mainstream Xbox Game Pass users.