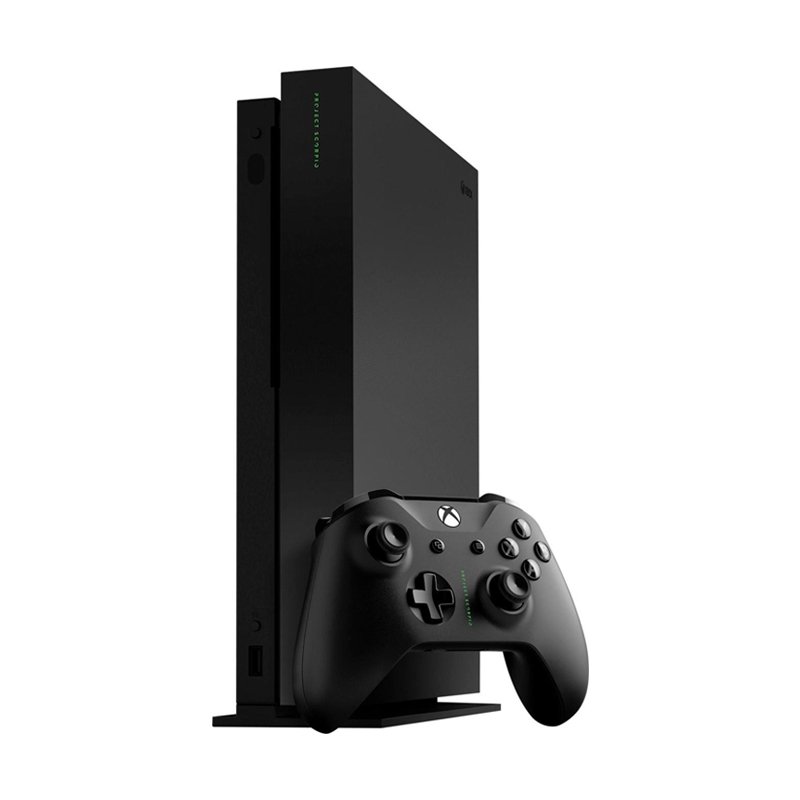 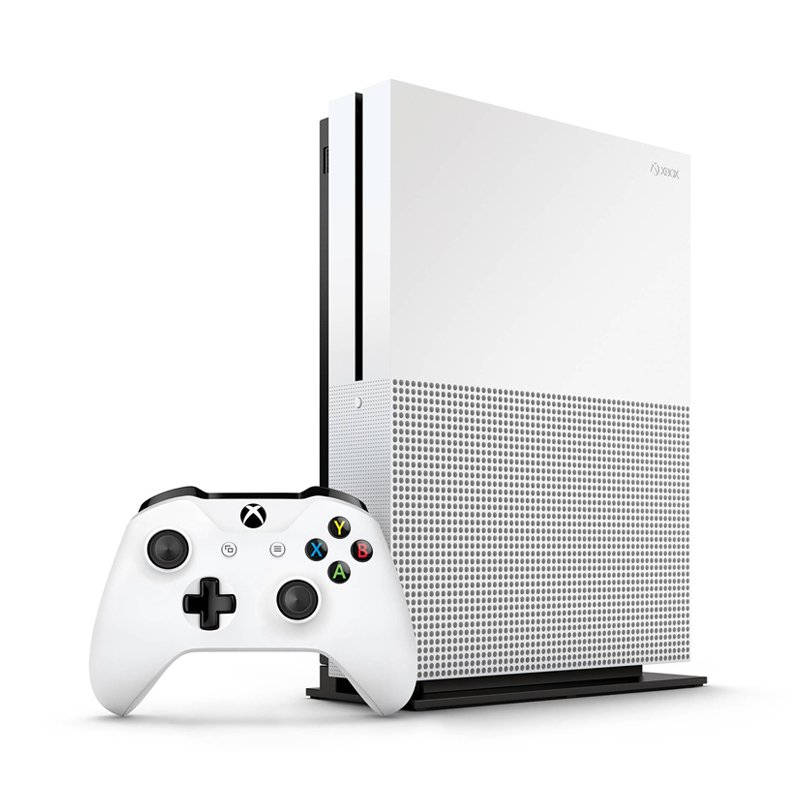 Ultimately the battle between the Xbox One S and Xbox One X boils down to whether you have a 4K TV to go with it. If you have a 4K television or monitor, an Xbox One X will provide the best visuals the video game industry has to offer outside of a high-end gaming PC. Even on 1080p sets, many games support Xbox One X-exclusive 60 FPS modes, but you’ll be paying a premium for the privilege.

Xbox One X vs. Xbox One S: Spec showdown

With the Xbox One X being around $200 more expensive than the Xbox One S, it’s fair to expect some massive gains. Microsoft has delivered. The Xbox One X packs well over 130 visually enhanced games with more on the way, taking advantage of the console’s beastly six teraflops (TF) of graphical power. By comparison, the Xbox One S only has around 1.2 TF, which often struggles to handle games at a native 1080p resolution. But what does all of this mean? 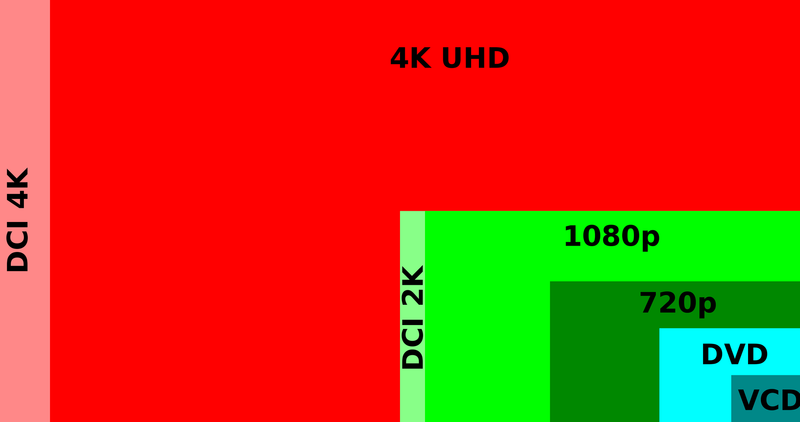 4K is referred to as “UHD” or ultra-high-definition because the images contain many millions of additional pixels (8,294,400 to be precise) vs. standard high-definition (2,073,600). Each pixel represents a single point of colored light, which combine to create the images on-screen. More pixels mean sharper images, more detail, and, thus, more immersion. Both consoles also support HDR, which allows games to achieve more vivid colors and leverage more realistic light tones and contrasts, producing spectacular effects. 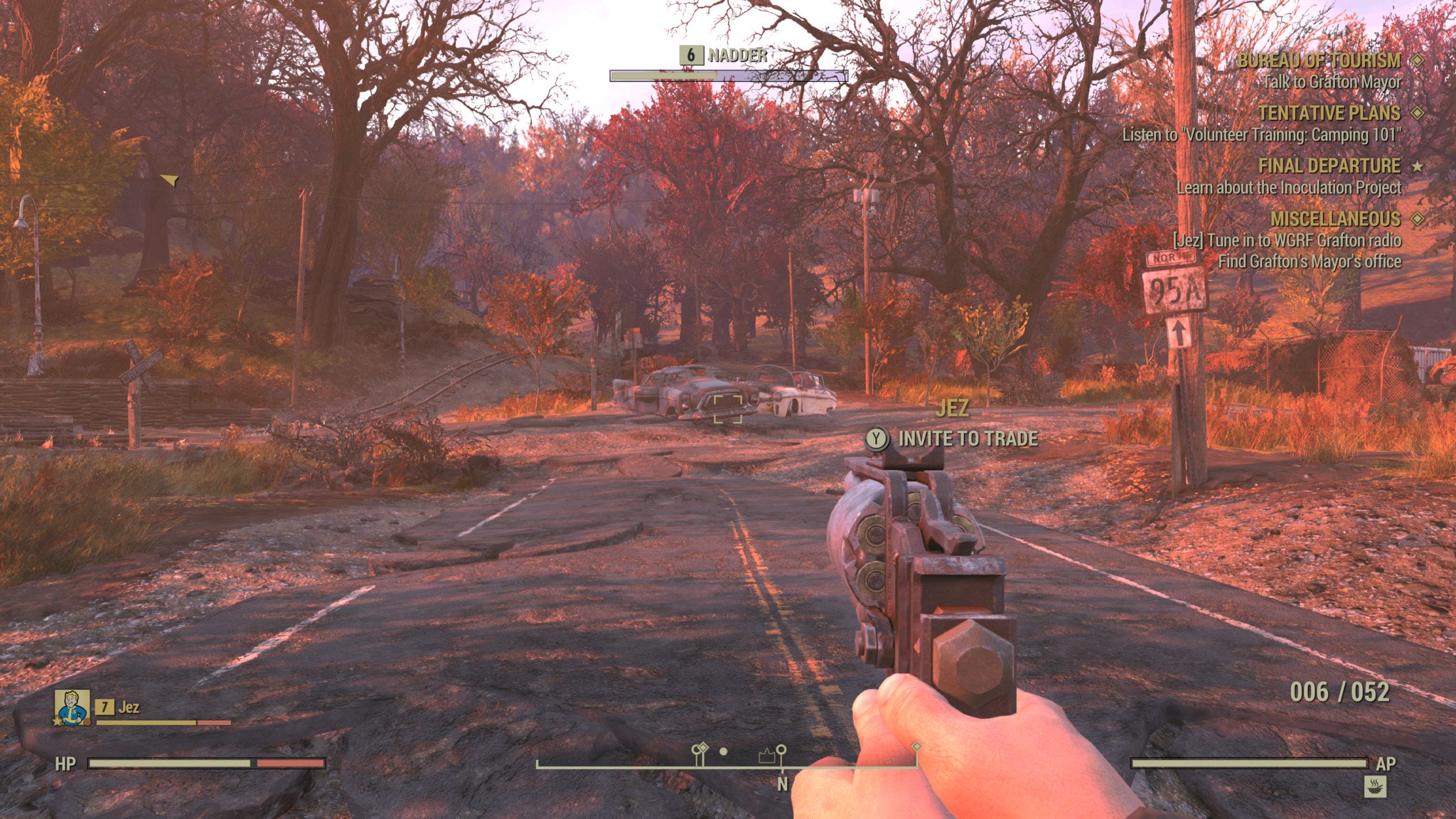 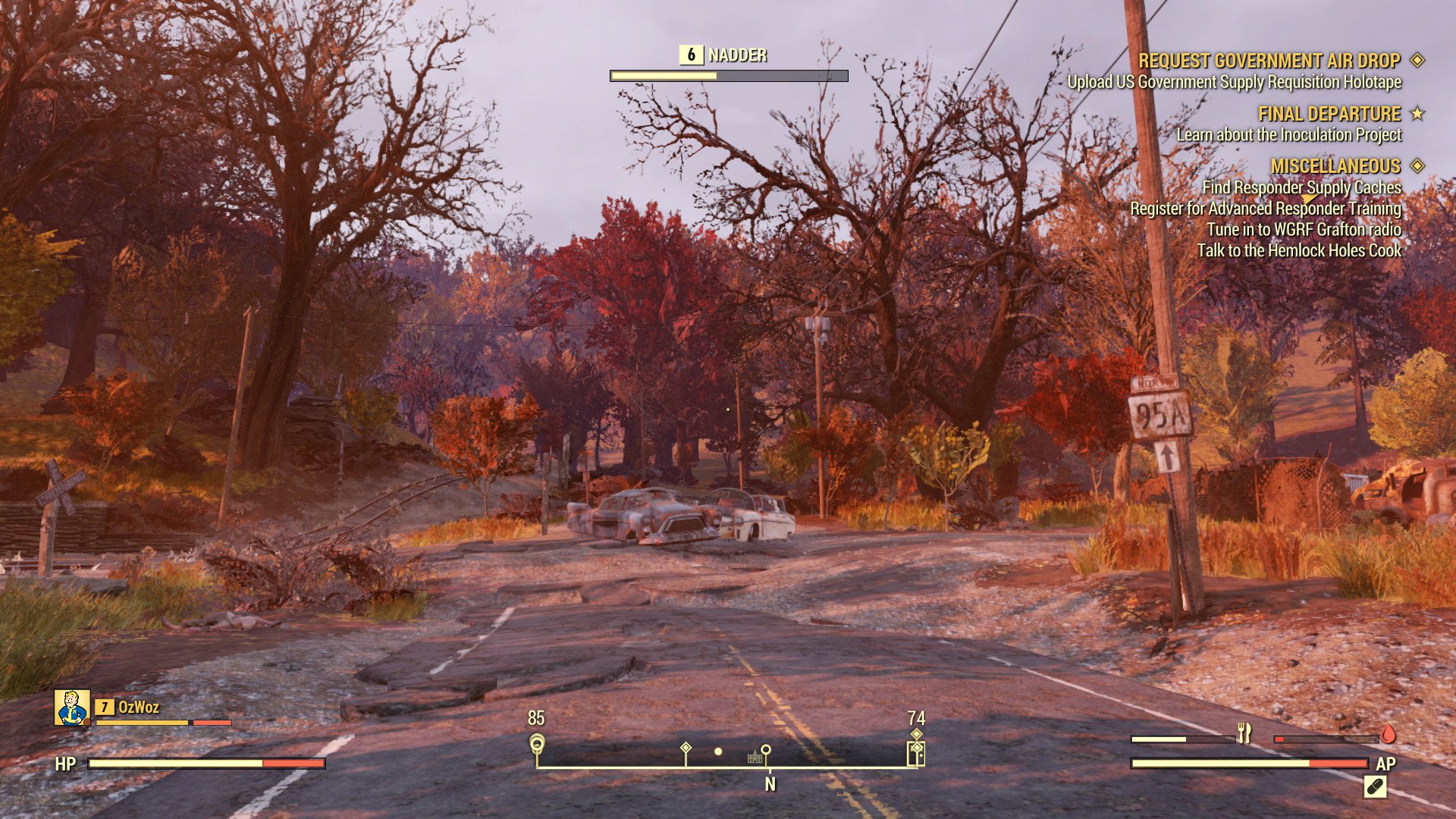 It’s hard to replicate what 4K truly means without viewing the images on a 4K screen, simply because the display doesn’t have enough pixels to show the images natively. While it doesn’t do true 4K justice as the images are squashed. You can see in the above slider that the 4K image is far crisper than the 1080p image, especially when you zoom in using your web browser. Pay attention to details in the background textures, the trees, and so on. In modern AAA games like Assassin’s Creed Odyssey and Shadow of the Tomb Raider, the difference is quite huge.

Even owners of 1080p TVs can get in on the Xbox One X action.

Fallout 76 is an excellent example of the differences between 4K on the Xbox One X and HD-level visuals on the base Xbox One S, showing how resolution bumps could instantaneously enhance visual quality. It isn’t all about raw resolution, however, and even owners of 1080p TVs can get in on the Xbox One X action to some degree. Many games support 60 FPS modes exclusive to the Xbox One X, which you’ll be able to enjoy on a 1080p set. Fallout 76, for example, will have far better detail in its trees and environments, even on a 1080p TV, when using an Xbox One X. 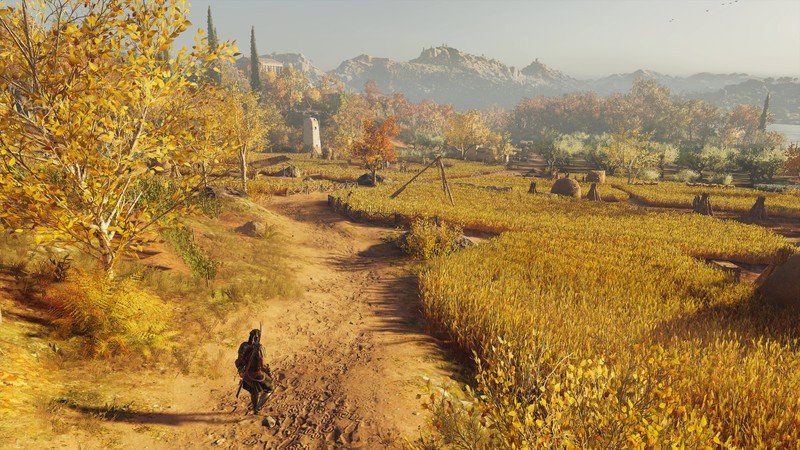 Many games on the Xbox One X enhanced list won’t output at native 4K resolution. Instead, they will either use checkerboard rendering techniques or use sub-4K resolutions, using computing power to add physical details and improved effects (or in addition). Even if they are using UHD resolutions your HD set can’t accept, the Xbox One X will use a technique called supersampling to take the 4K image and improve its visual quality at an HD level. You’ll also benefit from faster loading speeds, due to the X’s upgraded HDD.

So, we know that dozens and dozens of games will look significantly better on the Xbox One X, but what about other features?

The first thing to note is that the Xbox One X is slightly smaller than the S. It’s not so much smaller you’ll choose based on that fact alone, but it’s worth being aware of. Both consoles can also be positioned vertically with an additional vertical stand.

Both the Xbox One X and Xbox One S run incredibly quietly, despite the X’s slim form factor. The X comes with advanced cooling features to help with this, which no doubt, in part, has impacted its price point.

Both consoles support HDMI-in for TV pass-through, meaning that you can connect your cable box or TV receiver to your console, and use it to navigate channels and TV schedules. However, using the Xbox One’s TV tuner accessory, you could eliminate a separate TV set-top box in some territories. Both consoles also have an IR blaster to communicate with other devices, such as televisions, sound systems, and remote controls. Neither console has a port explicitly tailored for the (now dead) Kinect, sadly, but you can pick up a Kinect USB adapter for that purpose if you still have one. Since the October 2018 update, the Xbox One S and Xbox One X can be controlled using an Amazon Echo voice speaker, which is an excellent replacement for Kinect. As for other peripherals, both the X and the S have the same number of USB ports: two in the back, one in the front.

The Xbox One S was updated with support for 1080p 30 FPS game DVR clip recording, after years of being restricted to 720p. The Xbox One X, however, supports full 4K 60 FPS video recording options, complete with HDR. With current technology, the best 4K capture devices are either PCI-e based (for desktop PCs), or professional grade-standalone solutions that cost hundreds, sometimes thousands of dollars. Source: Windows CentralShadow of the Tomb Raider looks stunning on the Xbox One X.

Additionally, the Xbox One X supports FreeSync variable refresh rates — Xbox One X enhanced games could offer options for frame rates between the standard 30 and 60 FPS without screen-tearing. This will provide a smooth experience even if developers decide to offer sub-60 FPS frame rates to achieve 4K or other visual enhancements in their games. While support for this sort of display technology isn’t yet widespread in combination with 4K and HDR, it should see more adoption in 2019 and beyond.

So, which should you buy?

The main issue here is whether or not you have a 4K television. There are gains to be had by using the Xbox One X with a 1080p set, but they will be nowhere near as pronounced as they would with a 4K display with HDR. I would argue that, unless you’re going to get a 4K TV or monitor shortly, that you could probably stick with an Xbox One S. However, as time has gone by, it feels like developers are increasingly prioritizing the development of the Xbox One X versions of their games. Many modern games run far worse on the Xbox One S. Even if you don’t have a 4K TV to enjoy the extra pixels, you’ll enjoy better performance across the board.

If you’re on the fence about whether or not to join the 4K resolution revolution, it depends on what you want from your console experience. If you’re the type of console gamer who buys all the latest, biggest games and wants the best visual experience possible, the Xbox One X with a 4K TV is the best option by far this year. If you’re a content creator, the Xbox One X will provide you with 4K video clips and screenshots as a bonus. However, if you’re a little more casual and are more interested in maybe just picking up one or two games per year and occasionally playing in the evenings after a hard day at work, consuming media on the side, the Xbox One S might be a more cost-effective solution. You can always invest in a 4K TV and an Xbox One X later, since all games and all accessories will be fully compatible across both devices. You’ll get the 4K upgraded visuals included for free. 4K panels and the Xbox One X will eventually come down in price, too.

It all boils down to personal preference, but the Xbox One S is going to be the real bargain console for the remainder of the year. The X will compete for the hardcore audience against Sony’s less-powerful PlayStation 4 Pro and even some higher-end gaming PCs. As someone who primarily plays on Xbox One X in 4K with HDR, I frankly never want to see a 1080p HDR-devoid game again, especially after playing enhanced games like Wolfenstein II and Assassin’s Creed: Origins. But I’m also the kind of guy who has spent his entire working life picking up all the latest games and consoles too. It all depends on how invested you are in the hobby, but 4K is genuinely something special.

Thousands of games without breaking the bank.

The Xbox One S might not be powerful enough for gaming on your 4K TV, but it sports thousands of games and 4K media for an affordable price.

For those who want the best-looking games.

The Xbox One X is significantly more potent than any other console out there, providing the best-looking games built for your 4K TV.