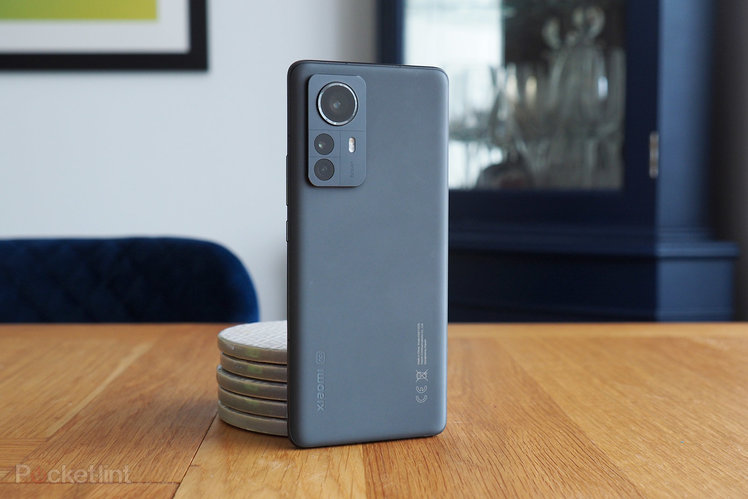 Our view on Xiaomi’s devices has been a bit of a rollercoaster in recent years, from the super affordable Mi 9T Pro back in 2020 (yay), to the ultimately confused Mi 11 Ultra in 2021 (not so yay). For 2022 the Chinese phone-maker has dropped its Mi naming convention, pared back its design ethos, and pretty much started anew.

Indeed, that’s what the Xiaomi 12 feels like: a fresh start. This flagship handset focuses on the core pillars of design, powerful hardware and capable cameras – without the gimmicks of some competitors – all wrapped into a package that sits well under a four-figure asking price.

So is the Xiaomi 12 Pro a return to pure class or one to pass?

The Xiaomi 12 Pro is the larger model in the series, featuring a 6.73-inch OLED display, compared to the slightly smaller 6.28-inch panel in the standard Xiaomi 12. We think this little extra stretch in size makes it the preferable handset – and the one that’ll receive the most attention from prospective buyers. 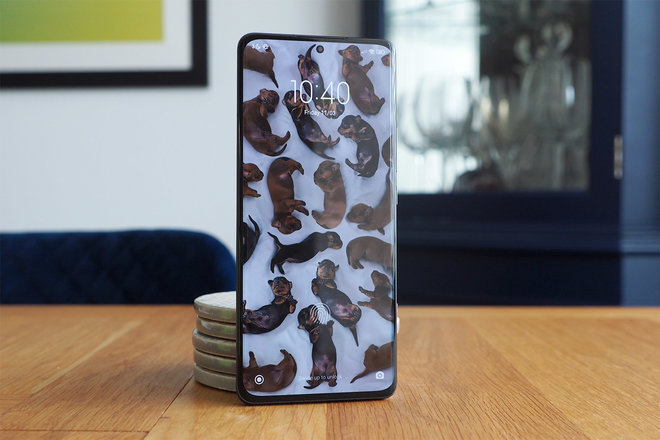 It’s got a really lovely display, too, with a lot of eye-catching features that tick all the flagship boxes: from its 120Hz adaptive refresh rate (you can leave this on or manually select 60Hz if you’re looking for battery savings), to ultra-bright 1500 nits peak brightness, and significant resolution (not active by default, again you can select the higher density within the settings).

The panel is mildly curved to its edges, but doesn’t result in it suffering from any phantom touches, as the software is smart enough to negate accidental palm touches to the edges. It’s a gentle curve that aids the phone’s form-factor and visual appeal, helping to hide the side bezel a little, while avoiding excessive contrast fallout to those edges.

We’ve seen some devices in recent years, such as the Oppo Find X5 Pro, deliver strong spec but then suffer slightly in certain circumstances. That phone, for example, doesn’t handle low brightness output particularly well, as blacks get ‘crushed’ and look a little blocky. The Xiaomi, however, is a masterclass by comparison: it handles rich dark content deftly, while offering ultra bright whites too. 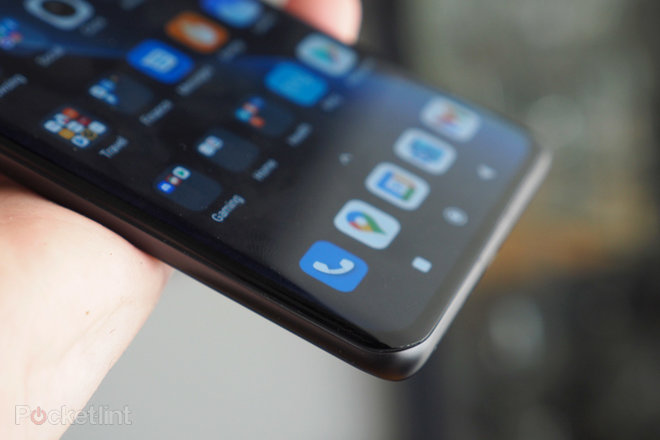 That it’s certified for both Dolby Vision and HDR10+ high dynamic range formats is no surprise, then, given how well it’s able to handle such wide band contrast and colour. And if it doesn’t look exactly how you want then you can adjust it with more detail than any other device we’ve seen of late: select from original, P3 or sRGB colour gamuts; choose Vivid, Saturated, Original or Custom colour schemes; even tweak individual red, green and blue bands, or adjust Hue, Saturation, Contrast and Gamma – it’s like digging into Photoshop settings, as there’s so much you can tweak here.

Flip the Xiaomi 12 Pro over and its design could easily be called unassuming; this isn’t a handset that’s trying to grab your attention through excess flair, it’s instead all about subtlety.

We think various choices really pay off too. The way its soft-touch rear panel resists almost all fingerprinting is great, so it continues to look smooth and clear as if brand new. The light touch to branding continues down the delicate route, with the Xiaomi logo just a small reflective cut-out in that rear finish. The camera enclosure, too, while it certainly protrudes, doesn’t become an excessive distraction because it’s dressed in a darker finish that helps to soften the presence of those dark circle lenses. 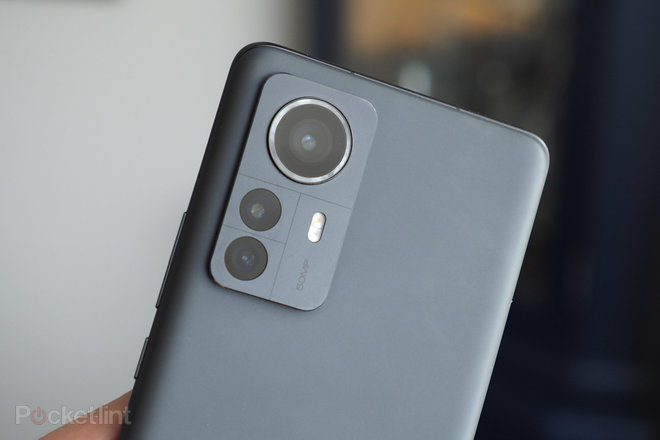 So from both front to back, the Xiaomi 12 is a masterclass is subtle elegance. You might not think it’s so astounding at first, but live with this handset and it really shows its worth in this regard. But is the rest of its performance such a success?

As one of the very first Qualcomm Snapdragon 8 Gen 1 phones to arrive in Europe – Realme’s GT 2 Pro beat it to the punch, if you’re all about firsts – it’s clear the Xiaomi 12 Pro is all about delivering on its promise of top-tier hardware. 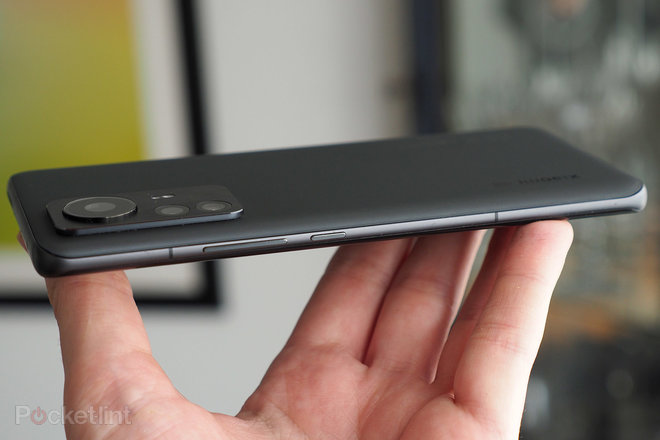 Qualcomm’s hardware certainly has the goods when it comes to delivering effortless performance, so whether you’re going for high-end gaming, opening dozens of apps, or scrolling through your many feeds, this device never misses a beat. Indeed, we’ve found it to be more stable than even Samsung’s Galaxy S22 Ultra (which we had suffer some blackouts and crashes).

But with such power comes certain compromise. The pairing of 8 Gen 1 in this chassis causes some heat issues; not that the handset becomes boiling hot by any means, but you can feel its warmth is up after certain use-cases – for us that would be, say, Strava tracking or when using Zwift Companion for an hour.

Warmth means hard work is afoot, which in turn affects battery life. Which is the point when we arrive at the Xiaomi 12 Pro’s biggest hurdle: it just doesn’t last that long. Indeed, in our use over more than a week as our primary device, it’s struggled to confidently get us all the way through a working day. Which is far from ideal. We think a larger battery capacity should be on board, really, to help mitigate this performance concern (anything sub 5,000mAh is a bit of a surprise really). 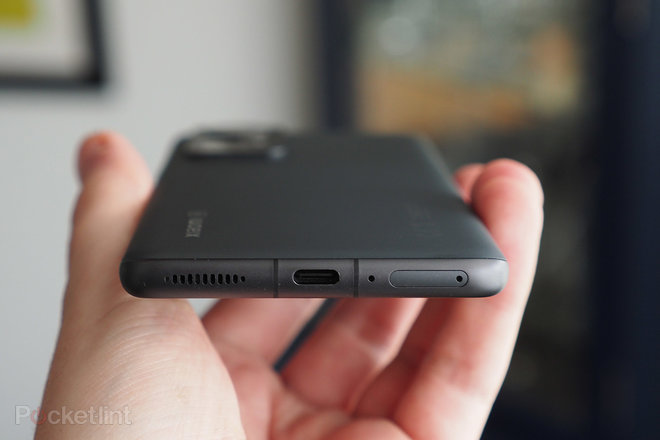 How long-lasting are we talking? Typically 12-14 hours is going to take this device into the ‘red zone’. Many days we’ve got to bed with three per cent remaining after 16 hours of use. You’ll want to be top-up charging in the day as a result of that. Eek.

That said, on the flip side, the 12 Pro has super-fast 120W charging available for extra quick rejuicing. There’s even a decent 50W wireless charge function (no wireless charger included, though). So if you have access to power much of the time, it’s no bother.

Xiaomi devices are typically very long-lasting per charge because the MIUI software will do its utmost to squeeze apps from having free rein and eating into those precious milliampere-hours of the battery. That’s just less the case with the 12 series it seems. So if you’re looking for better longevity per charge and less battery anxiety as a result, that’s where the Oppo Find X5 Pro wins out in our view.

Furthermore, from an aesthetic point of view MIUI 13 is all very good looking, with fluid functionality and themes that match the subtle nature of the handset’s design. There’s a lot of deep-dive stuff you can get into – as we pointed out with the display settings, which are vast – making the handset all the more customisable. And we really like that.In terms of software, we often malign Xiaomi’s MIUI platform for its stifling of notifications. MIUI 13, however, seems somewhat ‘freer’ in its capacity to permit apps to function as they wish. Sure, there’s still some delays – AMEX might not often notify at all until the app is opened; eBay, too, may suffer delays of hours rather than seconds – but generally speaking the software doesn’t seem to have such a wall up this time around (Android Auto being an ongoing caveat: its display sizes are all over the shop (and we tested in two cars to verify)).

The last major piece of the Xiaomi 12 Pro’s puzzle is its rear camera arrangement, which houses three lenses. All of them are useful, too, covering the standard wide lens, an ultra-wide, alongside a 2x optical zoom. And each one of them is paired with a 50-megapixel sensor (something the standard 12 model lacks), so there’s no losing out in terms of resolution or processing when you want to zoom in or out.

It’s a refreshing approach when so many phone-makers seem to dash towards using gimmicky cameras. Even the previous Xiaomi Mi 11 opted for a telemacro for close-up shooting, which was fun but not really that useful for day to day shooting. So it’s great to see Xiaomi lean towards a more practical ideology in the 12 Pro, that’s for sure.

Using the camera system is a breeze too. Toggling between 0.6x, 1x and 2x is via a quick tap, or pinch-to-zoom if you want to break outside of that formula and engage digital zoom. The trio of cameras do a great job in remaining largely consistent when it comes to colour balance, which is difficult to achieve – and something other makers, such as OnePlus, often fall short in.

There are plenty of modes available to help support your shooting, too, from Portrait for facial recognition and blurred backgrounds, to Night mode for long handheld exposures, to HDR automation and AI scene recognition to boost shots. We found the HDR does a nice job in lifting scenes when there’s strong backlighting, so simply pointing and shooting will yield great shots – even if you don’t consider yourself a master photographer.

There’s optical stabilisation (OIS) on the main lens, which makes Night mode easier to use in delivering sharp longer exposures, creating almost hyperreal nighttime scenes. The stabilisation system is one of the reasons that main optic is so large, plus the sensor (a Sony IMX707) is larger than your average, which goes to explain why the quality is so good – even when zooming into your results.

That’s been the universal result we’ve found: whether shooting in good light, tricky light, or low-light conditions, the Xiaomi 12 Pro has rarely failed to impress. It’s a cracking mix of cameras and our main complaint, really, is that the optical zoom should be just that little bit more – a 3x would, in our view, be a better pairing than a 2x, and would align it more with, say, an iPhone 13 Pro Max in that regard.