Xiaomi is ramping up to launch the next batch of devices in its Mi 11 series. The Mi 11 series, which currently only includes the Mi 11, will soon be joined by the Mi 11 Pro, Mi 11 Ultra, and possibly the Mi 11 Lite. Yesterday Xiaomi teased a product launch event taking place next week. However, the company didn’t mention anything about the new Mi phones. Now, the company has officially confirmed it will indeed be launching the Mi 11 Pro and Mi 11 Ultra at the event.

In a Weibo post, Xiaomi has shared it will hold a launch event in China on March 29, where the company will take the curtains off the much-awaited Mi 11 Ultra and Mi 11 Pro. The launch event will kick off at 7:30 PM GMT and will be live-streamed on YouTube, Facebook, Twitter, and Xiaomi’s global website. 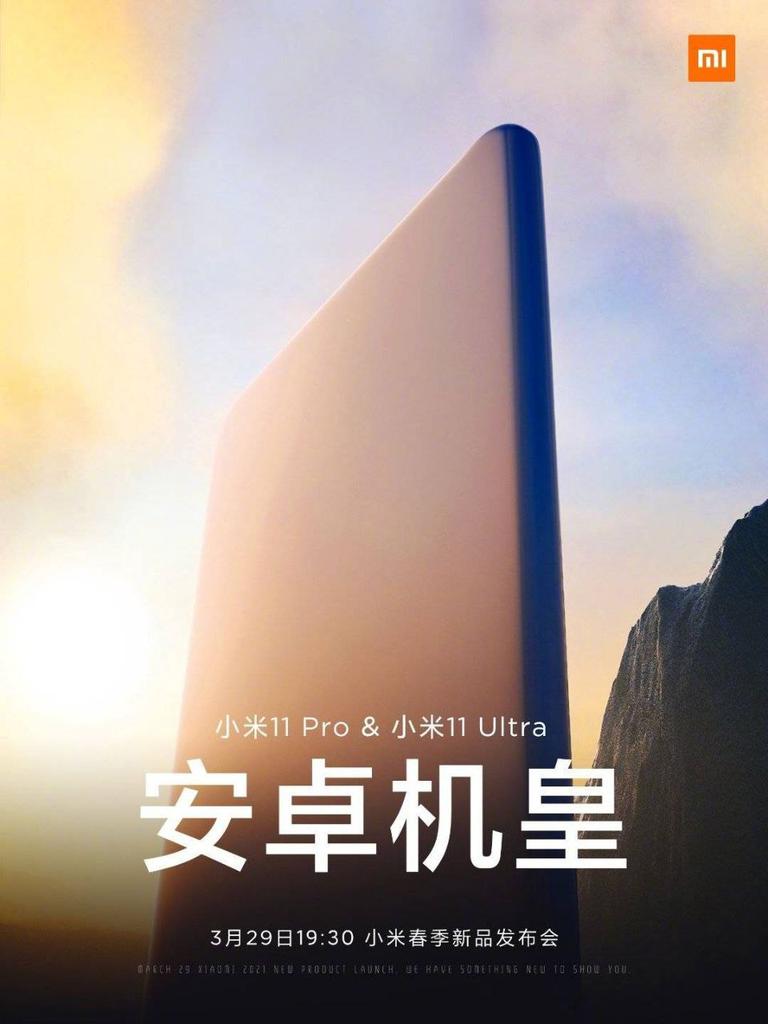 Both Mi 11 Ultra and Mi 11 Pro have heavily leaked over the past weeks, so we have a fair idea of what to expect from these upcoming devices. The Mi 11 Ultra will be the most premium of the duo. As revealed in a leaked hands-on video, it will offer an exotic design, featuring a quad curved display and a large horizontally-oriented camera island that also includes a tiny secondary display. It’s rumored to pack a 6.81-inch QHD+ AMOLED display with a 120Hz refresh rate, Qualcomm Snapdragon 888 SoC, up to 16GB LPDDR5+ RAM, up to 512GB UFS 3.1 storage, a 50MP + 48MP + 48MP rear camera setup, and a 5,000mAh battery with 67W wired and wireless fast charging support.

The Mi 11 Pro, on the other hand, is expected to feature a similar design language as the regular Mi 11 for the most part but will sport a different camera island on the back. In terms of specification, it’s rumored to pack the same quad curved 6.81-inch QHD+ 120Hz display as the Mi 11 Ultra along with the Qualcomm Snapdragon 888 SoC. However, unlike the Ultra model, it’s expected to come equipped with a quad-camera setup consisting of a 50MP primary sensor, a 13MP ultra-wide-angle camera, a 5MP macro lens, and a telephoto sensor with an up to 120X zoom.

With the official launch taking place very next Monday, we won’t have to wait too long to find out what Xiaomi’s 2021 flagship lineup has in store for us.

The post Xiaomi confirms the Mi 11 Ultra and Mi 11 Pro are launching next week appeared first on xda-developers.