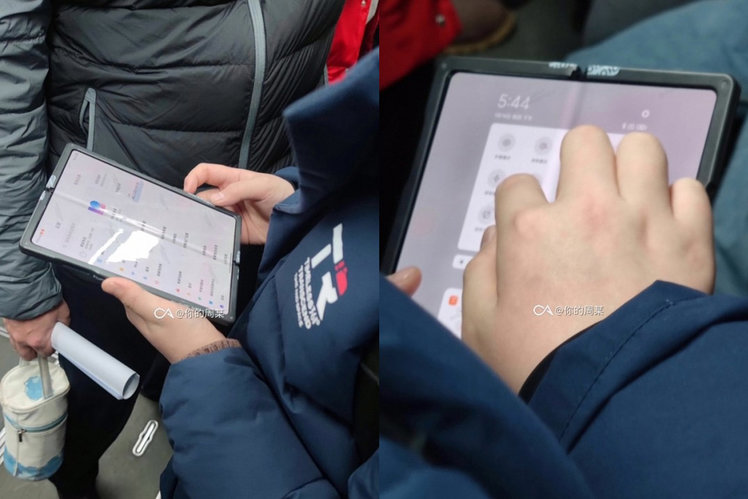 We’re reluctant to say ‘Mi Mix 4’, because that number is unlucky in China – its pronounciation is similar to ‘death’ being the reason – and therefore it’s almost always bypassed. So, Mi Mix 5, perhaps?

It’s not confirmed that Xiaomi will use the Mi Mix line for this folding product, but as the series’ previous history has been explorative – the Mi Mix 3 was a slider phone, the Mi Mix 2 had a pop-up camera, the original Mi Mix cut the bezel before any others dared – it’s fitting that the next-gen Mi Mix would take on the folding form-factor.

However, the news has been somewhat conflicting in the past. Talk of a ‘Mi Mix 4 Pro’ showed off images of a folding phone with the screens on the exterior. The snaps you see up top of this article – original source Digital Chat Station on Chinese social media site Weibo – are thought to be of a ‘Mi Mix Pro Max’ model, showing that the tablet-like screen is interior and unfolded.

It’s a bit of a head scratcher. As we pointed out, however, Xiaomi has been working on such devices for a number of years, so there could well be multiple iterations. And given the clear ‘dip’ in the fold that’s visible in the spied device’s screen, does this really look like the best possible solution when the Samsung Galaxy Z Fold 2 is already out in the wild?

As we’re also waiting in the wings for the Xiaomi Mi 11 Ultra to appear, we do wonder if Xiaomi it gearing up for a major presentation of its next-generation kit, to include what will be the next-gen Mi Mix 4 Pro Max, i.e. the long-awaited Xiaomi folding phone.