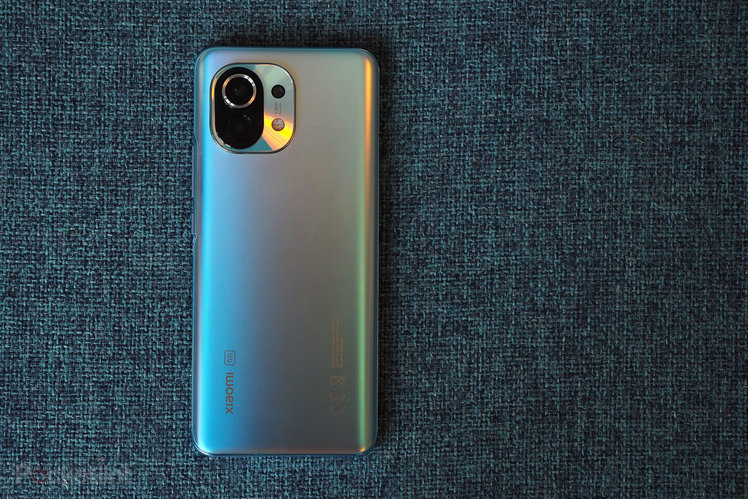 In the recent past there was a moment when Huawei – the then champion Chinese export – looked poised to strike as the next big brand (sure, it’s still huge, just less global right now). But the tables turned fast – largely down to tumultuous political wars – locking out Google Services, which left the door somewhat open in Europe for other brands to step in.

Pushing its foot through that gap with keen assertion is Xiaomi. No, this other Chinese tech mega-company is no stranger to phone-making – having revealed some of the earliest near bezel-free devices to the market – but it’s now at a position, in design terms at least, where it’s at the very cutting edge.

For the Mi 11, complete with its curved screen design and fresh take on cameras, is a visual delight (to us it somewhat echoes Huawei’s P40 Pro – hence the comparison). But it’s also the first phone to ever deploy Qualcomm’s Snapdragon 888 top-tier processor, showing Xiaomi is a step ahead in the hardware stakes too.

So are we looking at the next big brand that’s about to blow up? From our working week using the Mi 11, we’ve no doubt that it’s packed with potential.

“It’s just a phone”, right? Sure, there’s only so far you can push the mould when it comes to creating a rectangular interactive screen, but the Mi 11 is refined at every turn. 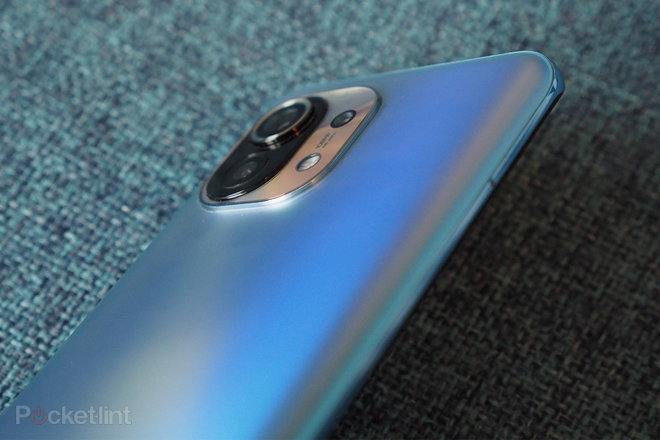 Whether it’s the gently curved glass edges, the subtle gradient and light-catching properties of the frosted glass rear, or the deftly cut punch-hole camera to the front (it’s way neater than most competitors), the Mi 11 is poised to perfection; a chiselled model on a flagship phone catwalk.

Wrapped into that design is a lot of top quality specification too. The screen, a 6.81-inch AMOLED panel, is large but proportioned so it’s not ridiculous for thumb-reach across it (thanks to the 20:9 aspect ratio). The always-on panel can glow at those subtle curved edges as a not-too-intrusive alert mechanism, too, which looks wonderful – a kind of blue/purple aura alerting you to notifications. 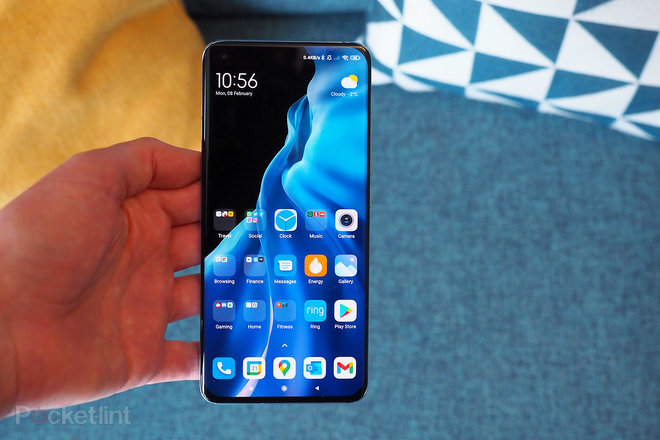 As is often the case with OLED panel balancing, however, when the screen is dimmed it crushes the blacks somewhat. Not nearly as badly as, say, the Oppo Find X2 Pro, but it’s definitely there. And, to some degree, the software seems a bit too keen to push the brightness down a notch – one of the number of quirks to Xiaomi’s MIUI software (here reviewed as 12.0.1, but 12.5 is expected very soon – and that could largely change things up).

The screen’s spec doesn’t stop reaching for the stars there either. It’s got a 2K resolution, with an adaptive 120Hz refresh rate to help smooth out animations and gameplay (oddly the refresh rate page in the settings calls 120Hz ‘Medium’ compared to 60Hz’s ‘Standard’, with no ‘High’ option – so it’s not very well termed). 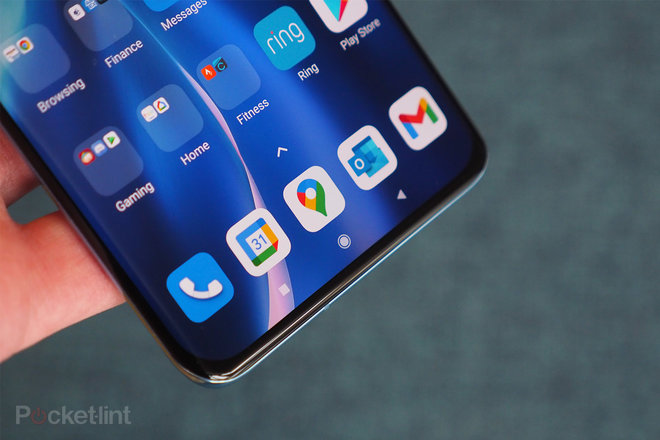 As ever with refresh rate, it impacts battery life, as does the chosen resolution. But the Mi 11 can run WQHD+ (that’s 3200 x 1440 pixels) at the 120Hz rate – which is as good as things get at this moment in time. There’s also FHD+ (2400 x 1080) and automatic switching options to help save that battery life all the more. Whichever of the two you pick, your content will look glorious.

The high-spec screen is matched with high-spec innards too. As the first device to sport the Qualcomm Snapdragon 888 platform – here with 8GB RAM, there’s supposedly a 12GB option that we don’t anticipate for global markets – it’s put heaps of core power at your fingertips. 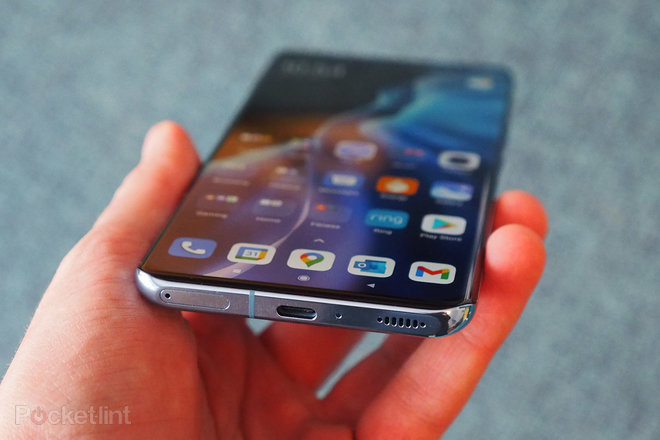 And a fair bit of heat to match – a powerful processor, even a 5nm platform such as the SD888, can’t exactly run cool, so expect some hand-warming as a result (which, given it’s snowing at the time of writing here in the UK, hasn’t been something of complaint).

So while the setup will run your favourite games and apps at their best – enhanced by the available refresh rate and resolution of that screen – it will of course impact battery life. Inside the Mi 11 there’s a 4,600mAh cell, which is reasonable enough – and also sports 55W fast-charging and 50W wireless charging – but will drain faster than your average on account of the high-end specification.

But we’re not talking to a problematic level: we ran the phone from a 9am start to a 1am finish, including four hours of gaming off and on, and those 16 hours of use took the battery into its final 15 per cent. So even with pretty solid usage – the above meant nearly seven hours of screen time – the Mi 11 will get you through the day.

Part of the reason for this is the fairly high impact of Xiaomi’s MIUI software. There are lots of options to pick through, a number of alerts to suggest limiting certain functions to retain battery, and a lot of per-app permissions that you’ll need to tinker with to ensure everything runs as you please.

That’s kind-of good, but kind-of bad all at the same time, because there’s so much footwork to do to get everything functioning as you expect – and sometimes you won’t know there’s a problem with a specific app until, say, it doesn’t send you a notification (which you later then find by manually opening the app itself).

When we reviewed the Redmi Note 9T, which was initially running the same MIUI 12.0.1 software as this review Mi 11, we hit walls and walls of problems. The Mi 11, however, hasn’t suffered quite to the same extent – being a far more stable experience. That said, we’ve found some off-and-on issues with notifications not being immediate at all times – likely a tucked-away battery-saving technique – and other little quirks, from the Game Booster app not being available to locate, to the peculiar layout of haptic feedback and vibration options. 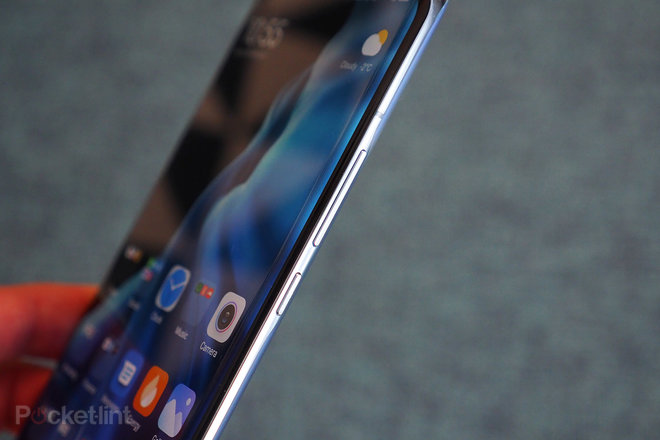 Now, the Mi 11 is expected to launch globally with MIUI 12.5, which should hopefully bring an updated and fresher approach. How much difference this will genuinely make and what tweaks it will bring is yet to be seen though. But as we find the tinker-with nature of MIUI to be the biggest hurdle of this device – and of Xiaomi devices as a whole, especially seeing as it’s largely inconsistent from device to device – seeing the software advance to a more natural, usable state is what will elevate this device to another level.

On the cameras front the Mi 11 takes a different, rather refreshing approach: yes there’s quite a number of lenses here – three, count ’em all – but none are there for the heck of it. 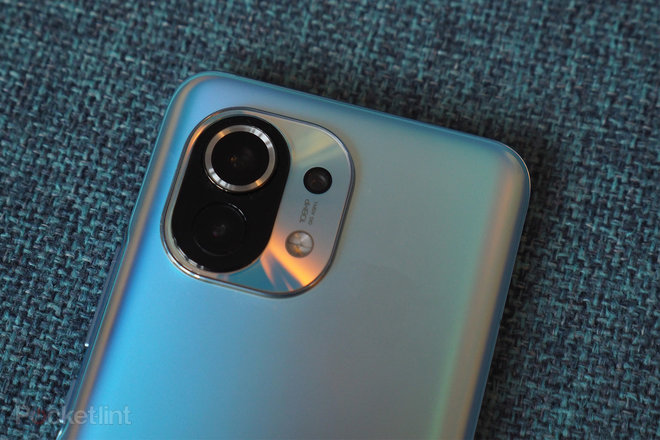 Each lens has its own task: the main camera is super high-resolution, at 108-megapixels; there’s an ultra-wide to cram more into a scene (but far lower resolution, at 13-megapixels); while the 5-megapixel telemacro is the best we’ve seen yet for close-up shooting (although it’s still not quite perfect).

That’s refreshing compared to the various phone camera setups that appear with four or five lenses, many of which do little or nothing at all. The Mi 11’s only real absence is there’s no optical zoom of any kind – which seems like an oddity at this level, but then the €749 starting price more than goes to explain that.

Anyway, back to the cameras themselves. The main lens uses four-in-one pixel processing to produce 27-megapixel images. Those are, inevitably, still massive – 6016 x 4512 pixels in 4:3 aspect ratio – but there’s heaps of detail crammed in. It’s a decent optic with good results, including when shooting in low-light conditions.

Indeed, the night mode does a grand job of handheld long exposure shots too, aided by the optical image stabilisation system to keep things steady.

The telemacro, however, doesn’t feature any stabilisation – which can make it a bit tricky to use. You’ll get some great close-ups, but there’s not the same degree of accomplishment with sharpness or detail – partly because it’s 5-megapixels only, partly because the autofocus feedback here is limited and not entirely helpful (but, hey, at least it’s a macro lens with autofocus – something you’ll barely find elsewhere).

All in all, despite the absence of proper optical zoom lenses, the Mi 11’s take on cameras is strong. The main lens is great, the wide-angle accomplished, and the telemacro actually useful for creating unusual close-up shots. Here’s hoping the alleged Mi 11 Pro and Ultra models – if they come to fruition, as it’s all rumour right now – expand on this already great camera setup.