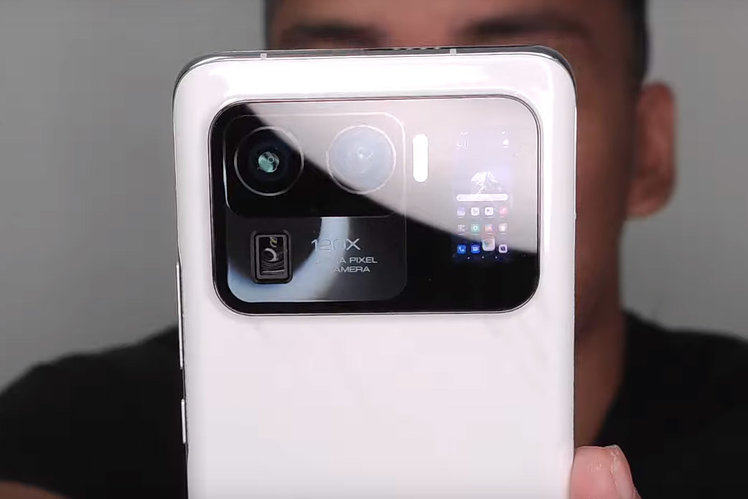 Xiaomi’s 2021 top-end flagship, the Mi 11, had its global launch early February. It was the world’s first device to feature the Qualcomm Snapdragon 888 processor.

And now there’s rumour of a Mi 11 Ultra, which is set to up the camera game and include a tiny second screen to the rear to assist with taking selfies. Here’s everything we know about the handset.

While the Mi 11’s launch event took place on 28 December 2020, the global launch was on 8 February 2021. Neither event mentioned the Ultra, but with leaks now coming thick and fast, we anticipate that a MWC Shanghai – which begins 23 February – could be a possible reveal date.

Xiaomi hasn’t said anything as yet though, so we’re just lining up the possibility. Regarding price, anticipate this device to sit in the four-figure category given its specification.

The interesting thing about the Ultra is that, front-on, it’s said to cut the same silhouette as the standard Mi 11. That’s to say it’s got the same 6.8-inch AMOLED screen, featuring all the mod cons of a 2021 flagship: a 120Hz refresh rate and WQHD+ resolution leading the pack.

Despite featuring a rear-positioned screen to assist with selfies, for some reason Xiaomi has also opted to feature a front-facing punch-hole camera on the main display too. Shame, as we don’t think it’s needed – save for facial recognition login – in order to give the display a chance to really max out.

In terms of finish there are already two options for the Mi 11: frosted glass or vegan leather. We would anticipate the Ultra to follow suit, perhaps with some unique colour options. How a leather covering will work regarding heat dissipation is certainly a question that needs some thought – especially with top-tier Qualcomm hardware under the hood.

Which brings us to the hardware side of things. Xiaomi confirmed early on that the Mi 11 would feature the Qualcomm Snapdragon 888 platform, making it the first flagship phone with such an accolade. The Ultra can’t reach any higher than that, so this ought to be the same hardware on board.

As per the Mi 11 there’s an 8GB RAM standard, but a 12GB RAM option also exists – which also should echo the Ultra’s options, if you want to pay the extra. There’s no microSD card expansion expected, though, but dual SIM is on board.

Elsewhere the Mi 11 Ultra is said to house a 5,000mAh battery – a little more capacious than the standard Mi 11, which leads us to believe that the Ultra will be a marginally thicker device (as in the body, ignoring the larger camera protrusion to the rear).

On the software front, the Mi 11 features Google’s Android operating system, with Xiaomi’s MIUI 12.5 expected over the top. This software skin is said to bring “upgrades in privacy and security”, while optimisations see lower memory and power usage.

Xiaomi has long been trying to push advances in phone-camera photography, as one of the first companies to utilise a 108-megapixel sensor. That’s apparently not returning for the Ultra model, however, instead there’s said to be a 50-megapixel main sensor.

While the standard Mi 11 pushes a telemacro camera, that’s all gone in the Ultra. Instead it’s all about zoom. The leaked video of the phone suggests a 48-megapixel wide-angle, 50-megapixel main sensor, and 5x optical periscope zoom.

But the most eye-catching part of the rear cameras setup? The enclosure is massive, because there’s a small-scale second OLED screen housed within, used for assisting with selfie-taking. This is why we’re somewhat surprised to spy a front-facing selfie camera as part of this design.

It’s actually not the first time we’ve seen such an idea – that goes to the Meizu Pro 7, from back in 2017 – but we’ll be interested to see how it plays out in reality and whether that second screen is a practical idea or not.