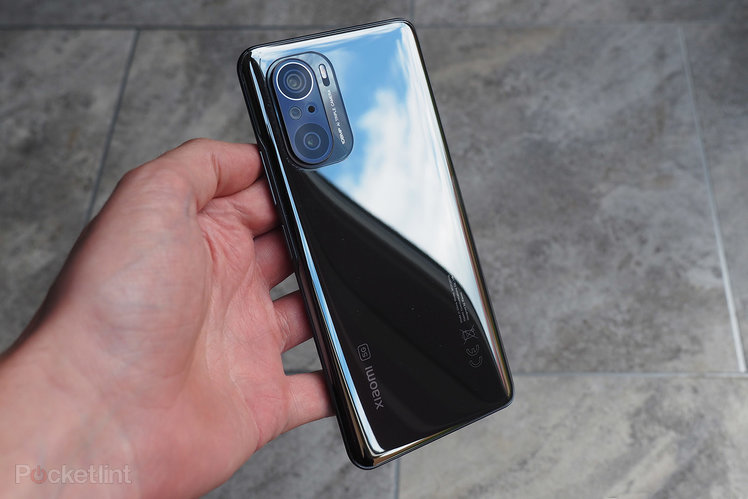 Xiaomi really, really wants you to pay attention to the Mi 11 series. That’s clear because there’s a Mi 11, a higher-end Mi 11 Ultra, a lower-spec Mi 11 Lite 5G, plus a bunch of regional specifics – including this model on review, the Mi 11i, which is also known as the Mi 11X Pro in India.

The Mi 11i, however, is a powerful handset that sits just below the original Mi 11, making for an ought-to-be-more-affordable option (its price is, at the time of writing, to be confirmed). It doesn’t sacrifice much in the pursuit of that saving, though, so is the ‘i’ the more favourable Mi model to go for or just a Mi too far?

At a brief glance and the Mi 11i doesn’t look especially different to the Mi 11. But there are tell-tale signs: the ‘i’ doesn’t feature a curved screen; instead its 6.67-inch panel is not only a mite smaller than the Mi 11’s, but it’s flat too, which some will prefer – but we don’t think looks quite as flashy from a visual perspective. 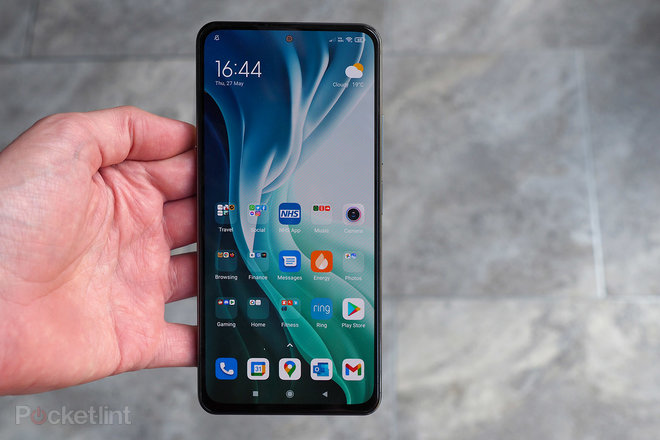 The screen is quality, though, delivering a Full HD+ resolution – note that’s lower than the Mi 11’s WQHD+ offering – and capable of up to 120Hz refresh rate for smooth visuals. We’ve already seen the likes of this panel in the Redmi Note 10 Pro, so its performance is one and the same – i.e. decent quality.

As it’s an AMOLED panel that means the Mi 11i can have an always-on display activated – which illuminates the edges in a subtle fashion when there’s a notification, as one example – for visuals to be shown on the lock screen without actively needing to turn the display on. The screen tech also means deep blacks and rich colours as standard (and you can further tweak to your preference within the settings).

There’s little to criticise about the screen – although its brightness isn’t as searing as some. Still, it’s a sensible panel selection for this level, even better paired with this device than the Redmi, really, as the Mi 11i has more power to support that 120Hz fast refresh – ensuring support across more demanding situations. 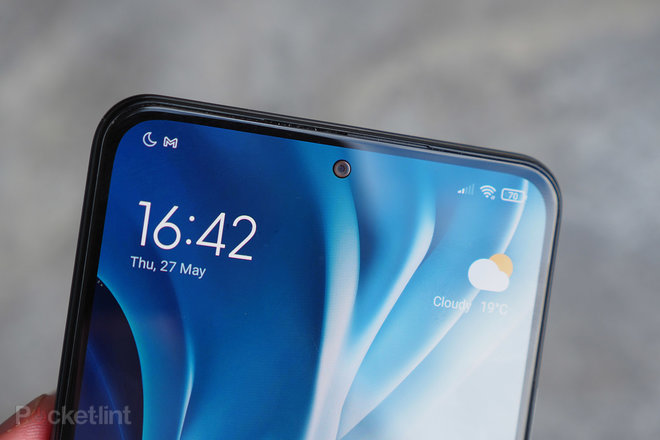 Also similar to the Redmi, the Mi 11i drops the under-display fingerprint scanner for a side-positioned one in the power button. Although setting this up suggested it wasn’t going to be especially responsive – for some reason it was being fussy while registering – ongoing use has proven it to be highly responsive. We might even prefer it to an under-display option, as it happens.

Flip the Mi 11i over and, again, it looks largely similar to the original Mi 11. That means there’s a glass panel that’s curved at the edges, which picks up light nicely, but fingerprints show in abundance sadly. We much prefer the fingerprint-resistant and colourful finish of the Mi 11 Lite 5G. 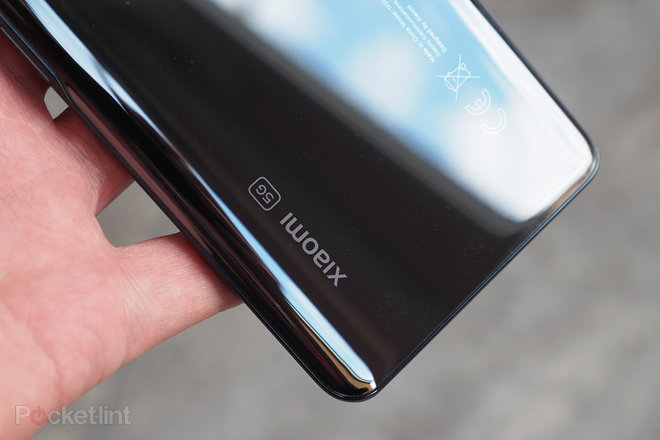 Where things do differ is in the camera arrangement. The triple unit, which has two particularly large lenses, does protrude rather incessantly, but that’s all part and parcel of a flagship phone these days – the 11i’s isn’t as disruptive as the giant lump on the Mi 11 Ultra anyway. The really peculiar thing about the Mi 11i is the integrated microphone sandwiched between the two main lenses. Like, seriously, what is that all about? We’re weirded out every time we have to look at it.

Unlike the aforementioned Redmi device, the Mi 11i steps things up in the power department, utilising the same Qualcomm Snapdragon 888 platform as found in the original Mi 11. That’s the top-grade processor that you’ll find in any phone during 2021, which translates into really great performance. 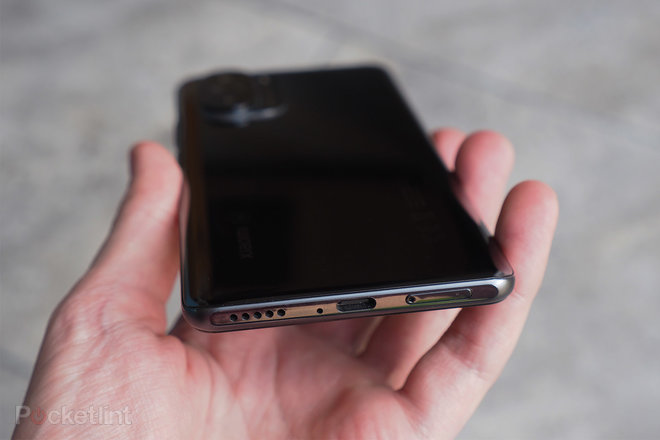 As we said, it gives the Mi 11i an upper hand in ensuring that higher frame-rates are achievable for making the most of that fast-refresh panel. So whether you’re admiring the smooth scrolling around the MIUI software, or playing your very best PUBG: Mobile, it’s an impressive outlay.

Even when gaming we’ve not found heat dissipating from the body to be a problem – likely the result of a plastic rather than metal shell? – while the 4,520mAh battery has been holding up really well under our mixed use. We’ve been getting about 14 hours use, which has seen us arrive at just under half battery by bed time on most days. It also sports 33W fast-charging to get topped-up again nice and quick.

Part of the reason for this long battery innings is the fairly high impact of Xiaomi’s MIUI software. There are lots of options to pick through, a number of alerts to suggest limiting certain functions to retain battery, and a lot of per-app permissions that you’ll need to tinker with to ensure everything runs as you please. They’re not all in the one place, either, so you’ll really need to dig deep to find everything.

As we said of the original Mi 11: that’s kind-of good, but kind-of bad all at the same time, because there’s so much footwork to get everything functioning as you expect – and sometimes you won’t know there’s a ‘problem’ with a specific app until, say, it doesn’t send you a notification. And we’ve found Gmail slow to update and Outlook largely ill-responsive when it comes to notifications on this software platform. 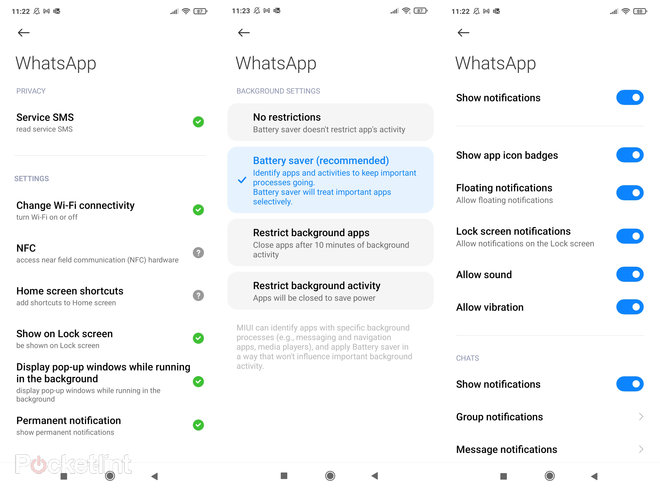 All that said, however, we’ve not run into as many considerable hurdles while using the Mi 11i as with some other Xiaomi handsets. It’s quirks rather than total experience killers. And this is running MIUI 12.0.4 – so it’s still not on the expected 12.5 update. How much difference that will genuinely make is yet to be seen though.

On the cameras front the Mi 11i is largely similar to the Mi 11. Both have triple rear systems, both of which feature a 108-megapixel main camera, a wide-angle, and a macro. However, the ‘i’ model downgrades the wide-angle’s resolution (from 13MP to 8MP) and drops the optical stabilisation of the main camera too.

Still, we’re glad that there aren’t other throwaway cameras like with so many other phones at the moment. Each lens has its own distinct task. Sure, that built-in microphone looks like its been installed by a 1970s Bond-esque spy team, but otherwise there’s not excesses to be seen. And, no, there’s no zoom lens here – but that wouldn’t be expected at this level.

The main lens uses nine-in-one pixel processing to produce 12-megapixel images as standard – smaller than the four-in-one 27-megapixel output offering from the standard Mi 11 device. There’s still heaps of detail crammed in, though, so it’s a decent enough optic to deliver good results – just don’t expect too much in lower-light when you can’t hold the phone steady. The Night Mode isn’t that great, really, but it can get you out of a tricky low-light situation.

The telemacro, which also doesn’t feature any stabilisation either, can be a bit tricky to use. But its results are fun. You’ll get some great close-ups, but there’s not the same degree of accomplishment with sharpness or detail as the main lens – partly because it’s 5-megapixels only, partly because the autofocus is limited. But at least it’s a step better than the no-good 2-megapixel macro lenses that so many makers are mindlessly putting on their phones.

All in all, despite the absence of proper optical zoom lenses, the Mi 11i’s take on cameras is decent for this level. There are limitations, though, and the wide-angle isn’t very good here, but in terms of an accomplished main optic without too many distractions it works.