Xiaomi has confirmed that it will be hosting an event on 10th August in China at 7:30 PM local time to launch its latest flagship smartphone — Mi MIX 4. It will be the brand’s first smartphone to feature an under-display camera sensor.

Now, ahead of the official launch, some key details about the smartphone have surfaced online. It is said that the Mi MIX 4 will come with an all-ceramic unibody design and have support for ultra-wideband (UWB) technology.

Soon after the announcement from the company related to this upcoming launch, Digital Chat Station shared a video of the smartphone on Weibo showcasing the phone’s screen panel that uses the new flexible CUP technology, under-display camera, and more.

It is being claimed that the upcoming Xiaomi Mi MIX 4 is the world’s first proactive solution for flexible curved screens. The device is using hyperboloid screens that are said to be more pleasing to the eyes than the four-curved screen. 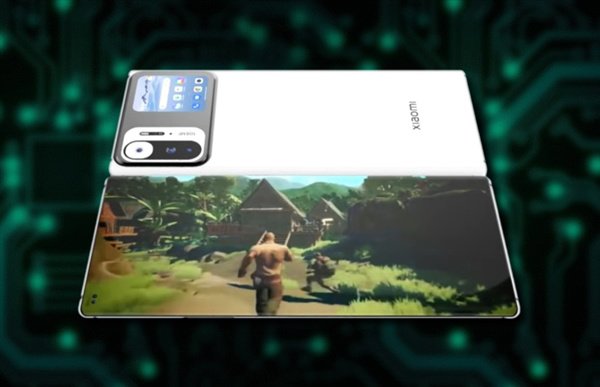 Reports indicate that the Mi MIX 4 will feature a 6.67-inch Full-HD+ curved OLED display offering a high refresh rate. Under the hood, the device will come powered by the Qualcomm Snapdragon 888 or Snapdragon 888+ SoC, coupled with 12GB LPDDR5 RAM and 512GB UFS 3.1 storage.

As per the TENAA listing, the phone could also be available in 8GB RAM + 256GB storage variant along with 12GB RAM + 256GB model. The company is also expected to use Micron’s LPPDR5 uMCP solution on this device.

The phone is expected to have a triple-camera setup on the back. It could feature a 50-megapixel Samsung GN1 primary camera sensor, a 48-megapixel ultra-wide sensor, and a 48-megapixel telephoto lens. It is now confirmed to run MIUI 12.5 operating system based on Android 11. The device could be powered by a 5,000mAh battery with support for 120W fast charging technology.