With the launch of the Mi TV 4A series in 2018, Xiaomi saw immense success in the smart TV space in India. The affordable smart TV lineup helped Xiaomi acquire a good percentage of the smart TV market in the country. Now, it has refreshed the lineup with the launch of Horizon Edition TVs that bring slim bezels, Vivid Picture Engine, Mi Quick Wake, and more features to the range. I’ve been using the Mi TV 4A Horizon Edition 43-inch TV for two weeks and here’s our review of the same.

The first thing that you’ll notice about the TV is its weight. It’s on the lighter side at 6.65 KG and is easy to pull out of the box and set up on your own. The TV as well as the legs are made out of plastic that helps minimize the weight. I found it fairly easy to screw the legs as the screws remain slightly tilted in their position. While you might find it wobbling a little while setting up, the legs are solid, and once set up, it won’t topple.

Notably, you don’t get a wall mount in the box. So if you want it to be mounted, you’ll have to contact Mi and purchase a wall mount separately. All the ports reside on the rear left side of the TV. For connectivity, you get three HDMI ports (one with ARC support), two USB-A ports, an Ethernet port, and a 3.5mm audio output. They are fairly easy to reach and I had no hiccups while setting up my PS4.

Coming to wireless options, the Mi TV 4A Horizon Edition supports Bluetooth 4.2/BLE and 2.4GHz 802.11 b/g/n Wi-Fi. You miss out on dual-band Wi-Fi connectivity. That said, I didn’t face any difficulties connecting to the network. It must be noted that I set it up 10 meters away from my router. Hence, I didn’t experience buffering or lags while streaming content.

On the front lies a display surrounded by slim bezels helping it achieve a 95 percent screen-to-body ratio that adds to the immersive experience. It is definitely a 2020-ish design. The Mi TV 4A Horizon Edition features a 43-inch LED panel that supports a full HD+ (1920 x 1080) resolution with a 178-degree viewing angle. Moreover, it comes equipped with a Vivid Picture Engine (VPE), which helps deliver vibrant colors and deeper contrasts.

Xiaomi offers various preset modes to tweak the picture quality. The Mi TV 4A Horizon Edition includes Standard, Movies, Vivid, Sports, and Custom modes. I was happy with the Standard mode, but Sports definitely helps while watching cricket matches. As for Custom, it lets you adjust the brightness, contrast saturation, sharpness, and hue to your taste. You don’t really need to fiddle with the settings much as the Standard mode is enough for regular content. However, while watching the IPL matches I noticed that the green field was more saturated than it should be, and the contrast was unpleasant at times.

The Mi TV 4A Horizon Edition also supports a dynamic backlit option that allows you to adjust the display intensity to make darks appear darker. It helps if you are watching movies like The Dark Knight or a TV show with dark visuals in general. Plus, it isn’t reflective as the display sports an anti-reflective coating. So you need not worry about seeing your reflection in the TV instead of the dark sequel.

That said, I enjoyed watching The Office – which has a light tone – on this display. I sat either in front of the TV or within a range of 120-degrees and didn’t notice any color shift. Hence, it has good viewing angles as well.

Mi TV 4A Horizon Edition review: Is the audio good?

The Mi TV 4A Horizon Edition comes equipped with two speakers of 10W each. They support DTS-HD technology as well. You can choose between preset modes like Standard, News, Movie, Game and Custom. It also features a digital noise reduction (DNR) feature to remove noise from the signal, which helps if you’re using a set top box. The audio is definitely room-filling, but the clarity is average.

You are likely to be satisfied with the audio if you are watching regular web series. But if you are someone who is purchasing this TV to watch action movies, I’d suggest you invest in a soundbar as well. Plus, audio sounds muffled at times while playing games on the PS4.

Mi TV 4A Horizon Edition review: What about the UI?

Coming to the user interface, this TV runs Android TV OS 9 out of the box. Plus, it has Xiaomi’s proprietary PatchWall interface baked in. You can quickly switch between the Android TV interface and PatchWall UI. While Android TV OS lets you access and downloads a number of Android apps the PatchWall UI is more content-oriented.

I like the out of the box UI as well as the PatchWall interface, but I prefer the latter, and it’s mostly because it displays the popular card on top. Hence, I was just a click away from watching the IPL match that was currently live. Further, this UI supports set-up boxes and seamlessly integrates content from both DTH service as well as OTT apps. Plus, if you have something connected to one of the ports, it is fairly easy to access from PatchWall UI.

The Mi TV 4A Horizon Edition comes pre-loaded with popular OTT platforms including Disney+ Hotstar, Netflix, Prime Video, YouTube and more. Moreover, you get integrated Google Chromecast so you can stream content via your smartphone.

There is also a Universal Search feature that searches for content across all OTT apps. You can also press the Google Assistant button on the remote and open the app you want to access. However, it doesn’t recognize the exact content. For instance, I said, “Play IPL match” and it opened YouTube.

The remote follows a minimalistic approach like most other smart TVs. It comes with a power button, navigation wheel, home, back, Google Assistant, Mi button for PatchWall, home button, and volume buttons.

Moreover, you get Netflix and Prime Video hotkeys as well, but a mute button is missing. Notably, the home button always takes you to the Android TV OS even if you were on PatchWall UI previously. Overall, the remote is slim and easy to use, but I’d like the presence of a mute key.

The processing prowess on the Mi TV 4A Horizon Edition is managed by a 64-bit quad-core Amlogic Cortex-A53 processor with a Mali-450MP3 GPU, which is also present in most of the other Xiaomi TVs. Further, it comes equipped with 1GB of RAM and 8GB of internal storage. It helps run the TV smoothly.

I didn’t come across any major lags or hiccups. It is fairly responsive with apps opening within seconds and installing new apps from the Google Play Store. Plus, there’s Mi Quick Wake that lets you turn on the TV within 5 seconds after switching it off. Notably, it switches on with the home screen and doesn’t resume playing content where you left off.

Overall, the Xiaomi Mi TV 4A Horizon Edition is a good value for money. The display is vibrant, the colors are bright. Plus, the slim bezels make it all more immersive. It is responsive, and PatchWall UI makes it easier to use. 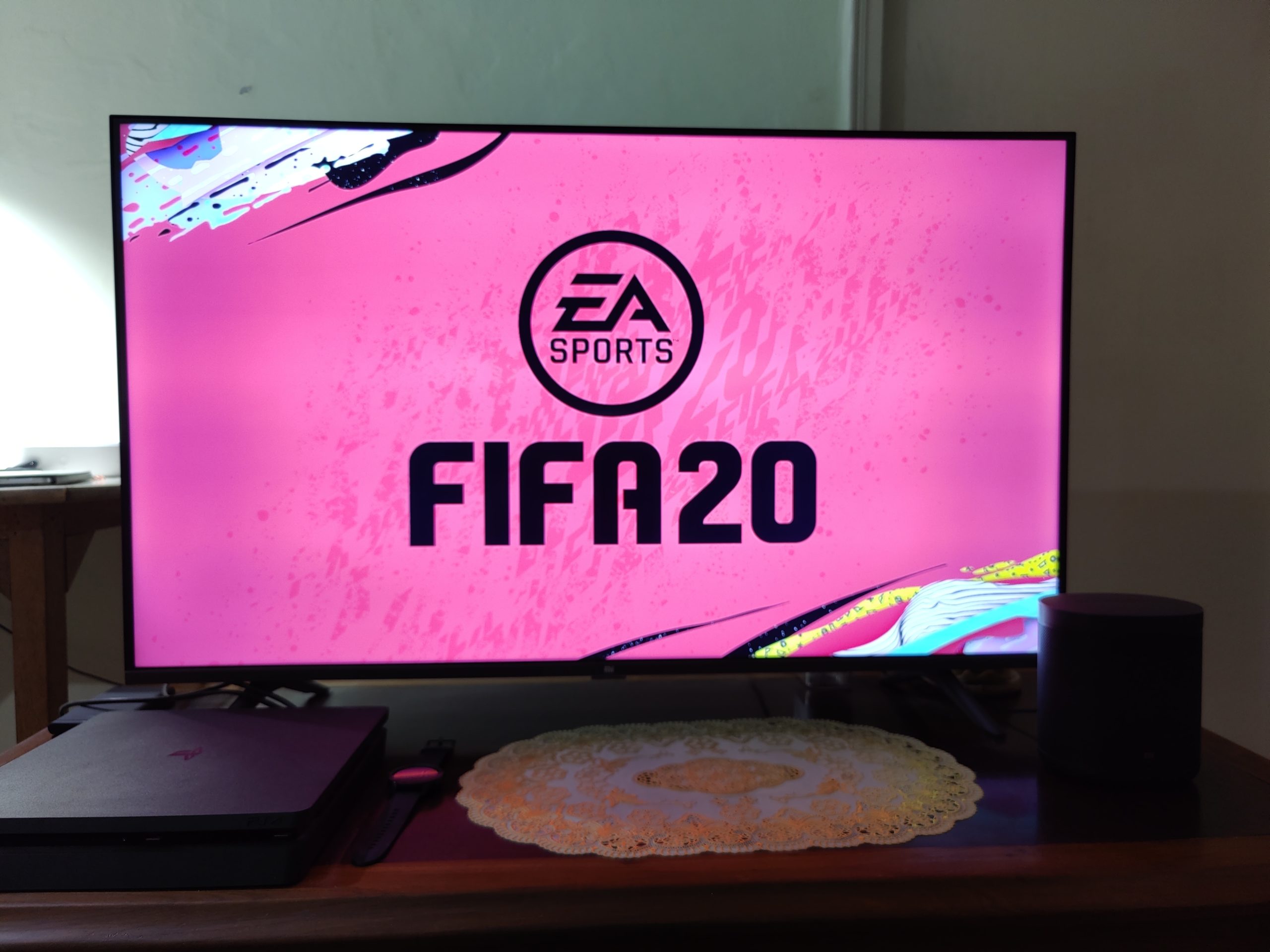 The post Xiaomi Mi TV 4A Horizon Edition review: Is this the budget TV to pick this Diwali? appeared first on Pocketnow.