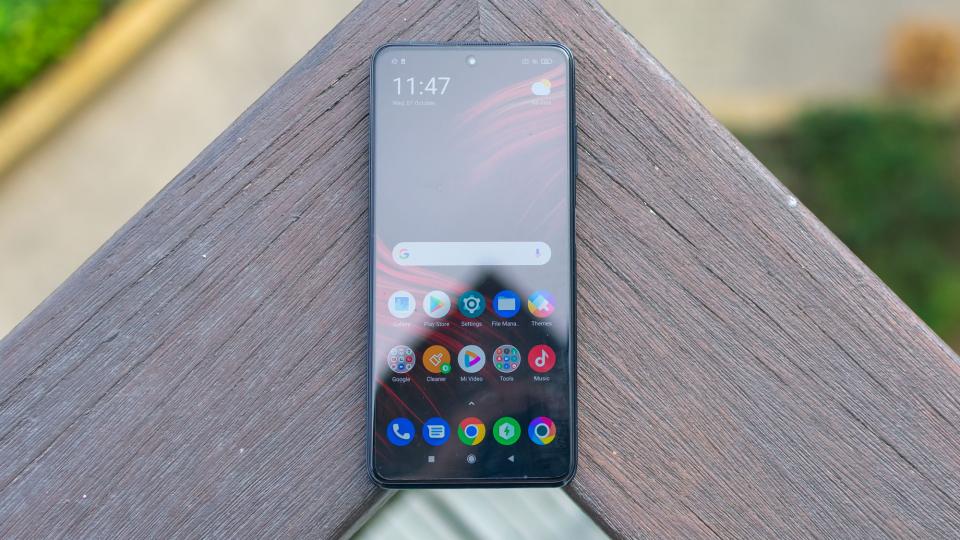 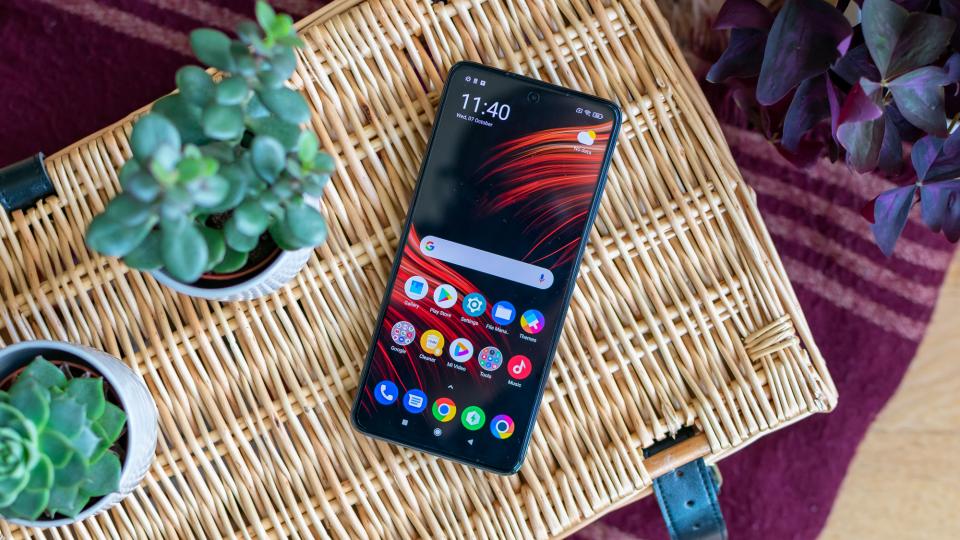 Aside from a few quibbles, the Xiaomi Poco X3 NFC is unbeatable for the price

If 2019 was the year of the high-priced, foldable flagship phone, then 2020 is clearly the year of the affordable alternative. Taking things back to basics during a period of economic uncertainty, a fresh wave of wallet-friendly mobiles have appeared during the ongoing COVID-19 pandemic, from a wide range of phone manufacturers.

Even Apple, which famously favours the top-end of the phone-buying spectrum, released the mid-priced iPhone SE (2020) earlier in the year and Samsung, not wanting to be left out, also unveiled a cheaper variant of its own range of flagships, in the form of the Galaxy S20 FE.

But what if you wanted to spend even less? The Xiaomi Poco X3 NFC might be a bit of a tongue-twister but it certainly won’t squeeze your bank balance. Sitting right in the vanguard of this new influx of budget blowers, does it have what it takes to claim a victory for value? 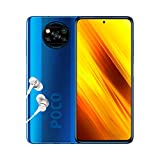 Xiaomi Poco X3 NFC review: What you need to know

Confusing name aside, the Poco X3 NFC encapsulates everything you need to know about Xiaomi as a company. At a price more suited to lower budgets, the Poco X3 NFC is a stunner of a smartphone with near-flagship-class specifications. 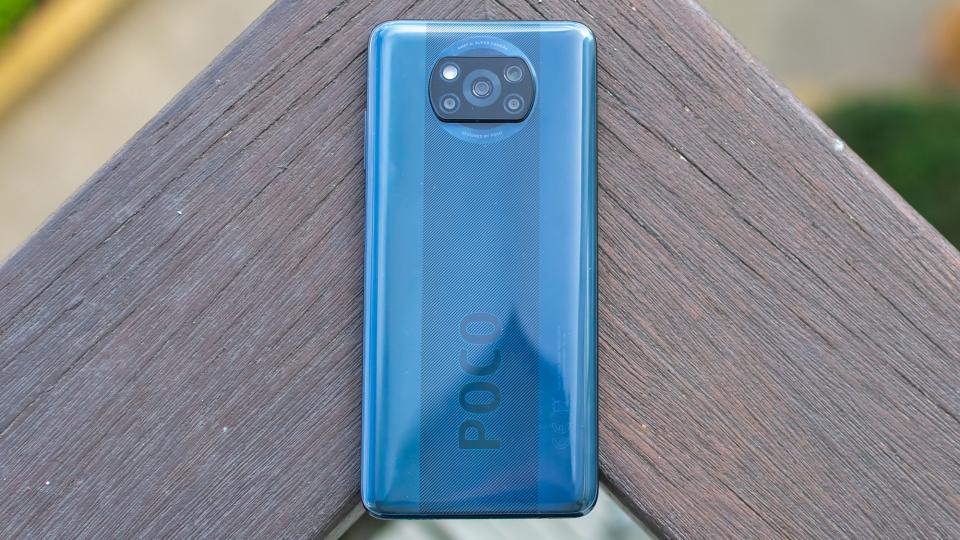 Those specifications include Qualcomm’s beefy mid-range Snapdragon 732G processor, a buttery smooth 120Hz display, IP53-rated dust and water protection and a decent dollop of UFS 2.1 storage – either 64GB or 128GB depending on which model you go for. The Poco X3 NFC also comes with a quadruple-camera array, which consists of a 64MP primary unit as well as the usual smattering of depth, macro and ultrawide sensors.

Xiaomi is best known for undercutting the competition when it comes to price but, with the Poco X3 NFC, it really takes the biscuit. Somehow, the Xiaomi Poco X3 NFC costs £199, or you can choose to pay an extra £30 (£229) for double the internal storage. 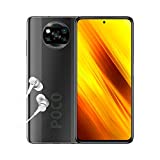 Similarly-priced contenders don’t quite match the Poco X3 NFC’s specifications. One obvious rival comes from Xiaomi’s own corner, but even the £200 Redmi Note 9 comes with a comparatively weaker MediaTek CPU, a 48MP camera and a bog-standard 60Hz display. We also recommend the Samsung Galaxy M31 with its 30-hour battery life, but specs-wise it also pales in comparison, as does the (slightly cheaper) Moto G9 Play.

As is often the case with budget handsets, the Xiaomi Poco X3 NFC stumbles at the first hurdle. When it comes to design, the Poco X3 NFC is a bit of a brute, weighing an elbow-straining 215g and measuring 9.4mm thick – presumably to accommodate its large 5,160mAh battery. 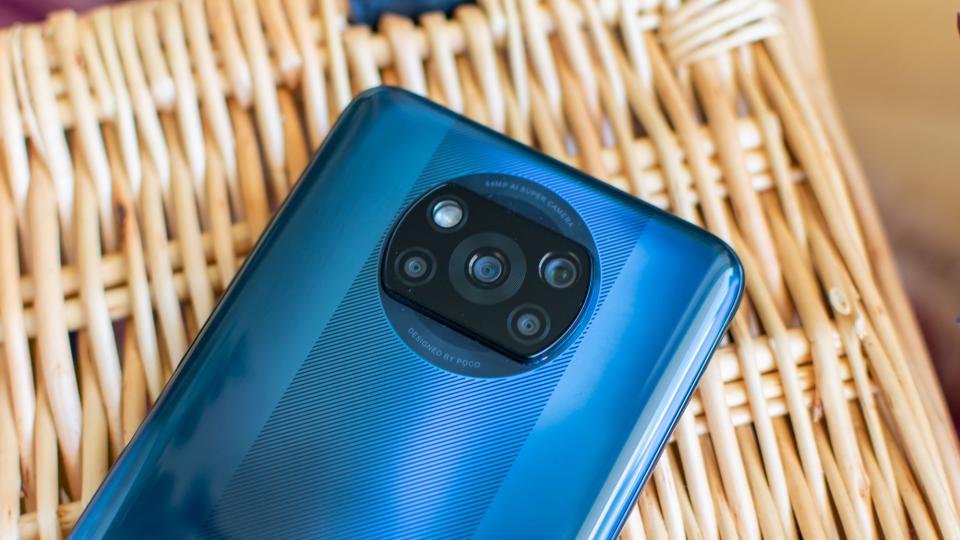 It isn’t the most eye-catching thing, either. Available in a choice of either grey or blue (mercifully, there are no pretentious colour names here), the back of the Xiaomi Poco X3 NFC is made of plastic, with a thick vertical stripe running from top to bottom, stamped with Poco’s egregious logo. The rectangular camera housing is a bit chunky, too, but the rounded corners are a nice touch at the very least.

The Poco X3 NFC’s screen is protected by a layer of Gorilla Glass 5, with slim top and side bezels and a slightly thicker chin. A single 20MP selfie snapper is located inside a centrally-placed hole-punch notch and the phone’s side-mounted power button also doubles as a fingerprint sensor for secure unlocking.

The Xiaomi Poco X3 NFC also supports NFC contactless payments – it would be weird if it didn’t, given the name – but what is surprising is the phone has an IP53 rating for protection against dust and water. This is a feature missing from most other budget handsets.

As for the display, the Poco X3 NFC’s IPS panel is on the large side, stretching out across 6.67in with a resolution of 1,080 x 2,400 (FHD+), which gives it a pixel density of 395ppi. It also supports HDR10 content and (unusually for a phone that costs this little) has a maximum refresh rate of 120Hz.

On a technical level, the Xiaomi Poco X3 NFC’s screen is terrific for the price. In our testing, it covered 91.8% of the sRGB colour gamut, with a total volume of 92.7% in the phone’s ‘Standard’ display setting. Colours looked as good as can be, in fact, with an average Delta E of 1.57.

The Poco X3 NFC’s contrast is on point, too, at 1,154:1 and a maximum brightness of 453cd/m2 makes it well-suited for indoor and outdoor environments. Unsurprisingly, when playing back HDR content it can’t match the eye-searing luminance of flagship phones like the iPhone 11, but at more than three times the cost, that’s pretty much to be expected.

Performance is great, too. The first phone we’ve reviewed with the powerful mid-range Qualcomm 732G processor – which was announced only a month ago – the Poco X3 NFC’s speeds are unmatched.

In the Geekbench 5 CPU benchmark, the Poco scored 570 in the single-core test and 1,798 in multi-core processing. By comparison, our current budget favourite, the MediaTek Helio G85-powered Redmi Note 9, is roughly 40% slower in the same benchmark, and it’s a similar story with the Moto G9 Play and Samsung Galaxy M31.

What does this mean in day-to-day use? Well, the Poco X3 NFC is blisteringly fast, zipping around at breakneck speed, launching apps in the blink of an eye and booting up in mere seconds. It’s astonishing how powerful this phone is, with performance akin to a handset that costs twice the price.

Graphics processing is equally impressive but the gap isn’t quite as wide. The Xiaomi Poco X3 NFC uses an Adreno 618 for graphics rendering duties, and it does a great job at achieving stable frame rates in most Android games. In the GPU-taxing GFXBench Manhattan 3 onscreen benchmark, the Poco achieved an average frame rate of 34fps.

I had high hopes for the Poco X3 NFC’s gigantic 5,160mAh capacity battery but unfortunately, it failed to make it into our top 20 list of the longest-lasting smartphones. Running for 18hrs 4mins on a single charge while playing a looped video, the Poco X3 NFC is still a solid performer, though, and it should last you an entire day’s worth of heavy use without needing to top it up throughout the day.

Before we move on, it’s worth spending a brief moment to discuss the software experience. The Poco X3 NFC runs Android 10, with Xiaomi’s own MIUI 12 software overlay placed on top. Aside from a few slightly unpleasant visual quirks – mostly the child-like app icons – and the ability to personalise the UI with a variety of themes, this functions mostly the same as stock Android.

Diehard Android fans might also notice that the arrangement of the phone’s settings menu is slightly different but whether or not you like these changes is mostly down to personal taste. What isn’t ideal, however, is that the phone comes pre-installed with lots of bloatware, including eBay, Facebook and Linkedin apps which can’t be uninstalled.

On to the Xiaomi Poco X3 NFC’s quadruple-camera capabilities. The massive 64MP (f/1.9) Sony IMX682 sensor takes pride of place on the back of the phone, surrounded by a 13MP (f/2.2) ultra-wide unit and a pair of 2MP (f/2.4) depth and macro sensors. Although the main camera is capable of capturing 64MP photos (enabled via a dedicated shooting mode), the Xiaomi Poco X3 NFC takes 16MP images by default.

That stacks up reasonably well against the Realme 7, which only has a 48MP primary camera and costs £20 less. I’ve been testing both phones at the same time, so I had the opportunity to put the Poxo X3 NFC and Realme 7 through their paces in a variety of scenes.

The key question, however, is whether the end result matches the Poco’s impressive-looking camera specifications. The answer, as ever, is yes and no. In better lighting conditions – I’m hesitant to say “good” since they were taken on a dreary day – the Poco X3 NFC comes out on top, with its higher default resolution working to its strengths.

Photographs looked much more natural and sharper, while also capturing more detail than the same images taken on the Realme 7. The 64MP shooting mode is also very good, although some tricky textures such as tree foliage suffered from a washed-out watercolour effect. The phone’s night mode did a decent job at boosting the brightness of an image, but the Poco struggled to minimise lens flare in this mode – you can see this quite clearly in the image below.

I was particularly impressed, however, with the Poco X3 NFC’s macro camera. Confusingly labelled as ‘2x’ in the camera software, the Poco captured fine details up close, snapping a terrific-looking picture of my on-the-brink rosemary plant: 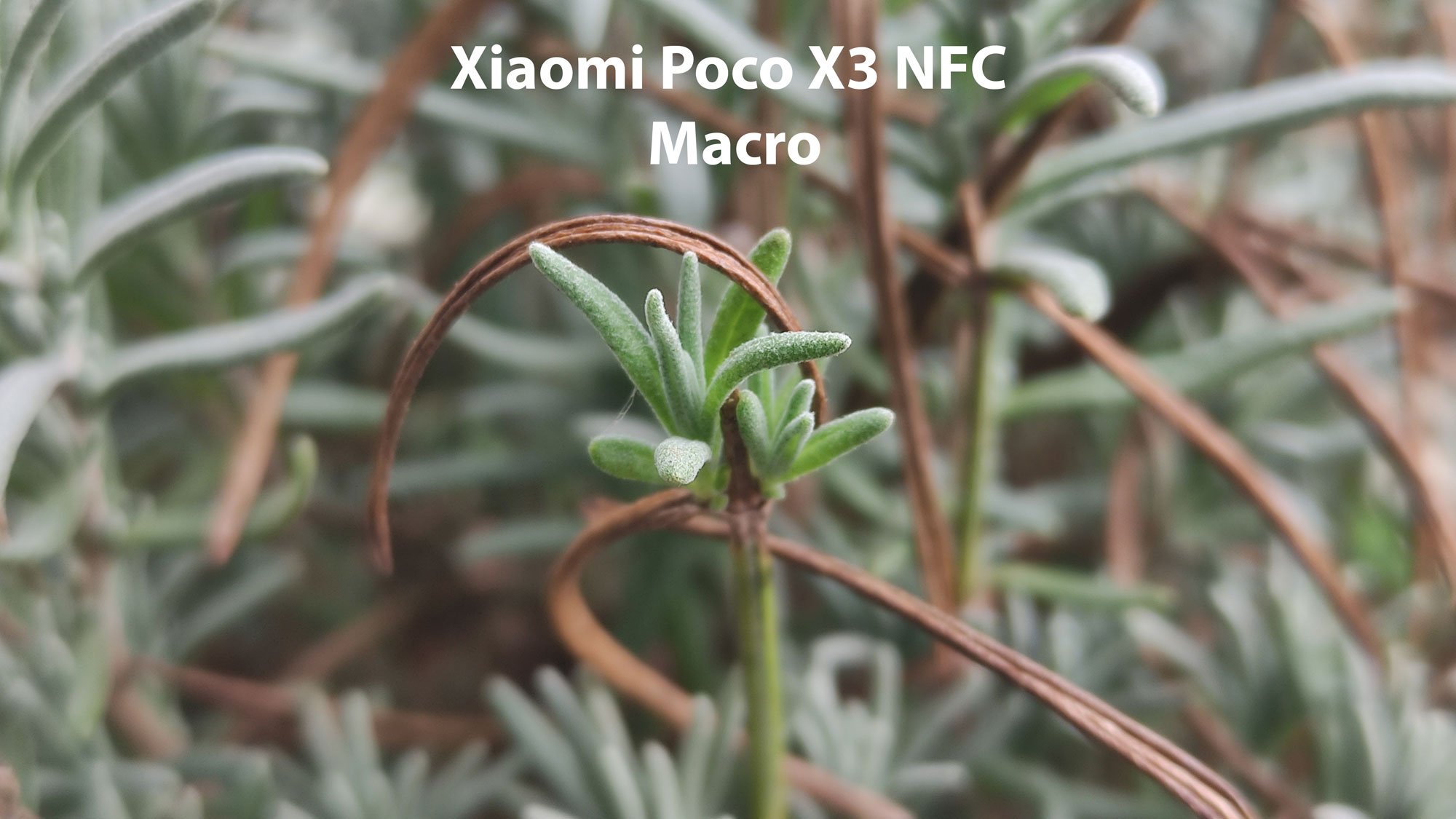 As for video, the Poco X3 NFC records fully stabilised footage at up to 4K resolution at 30fps. A ‘Steady Video’ mode can also be enabled at 1080p 30fps, although to my eyes it didn’t add much more than the regular stabilisation at other resolutions. Either way, the footage is rock-steady and looks miles better than it has any right to from a £200 phone.

Therein lies the Poco X3 NFC coup de grâce. The feature-rich Poco exceeds the expectations of a budget alternative, smashing straight through the boundaries in terms of performance, screen quality and cameras. It isn’t the prettiest phone to look at, nor is its software particularly refined but these minor issues can be excused for what is, essentially, the complete package.

In short, if you love a bargain and you’re in the mood for an industry-leading smartphone that resets the benchmark of what to expect, the Xiaomi Poco X3 NFC is clearly the informed choice. A budget-priced phone with mid-range performance, you really can’t do any better.