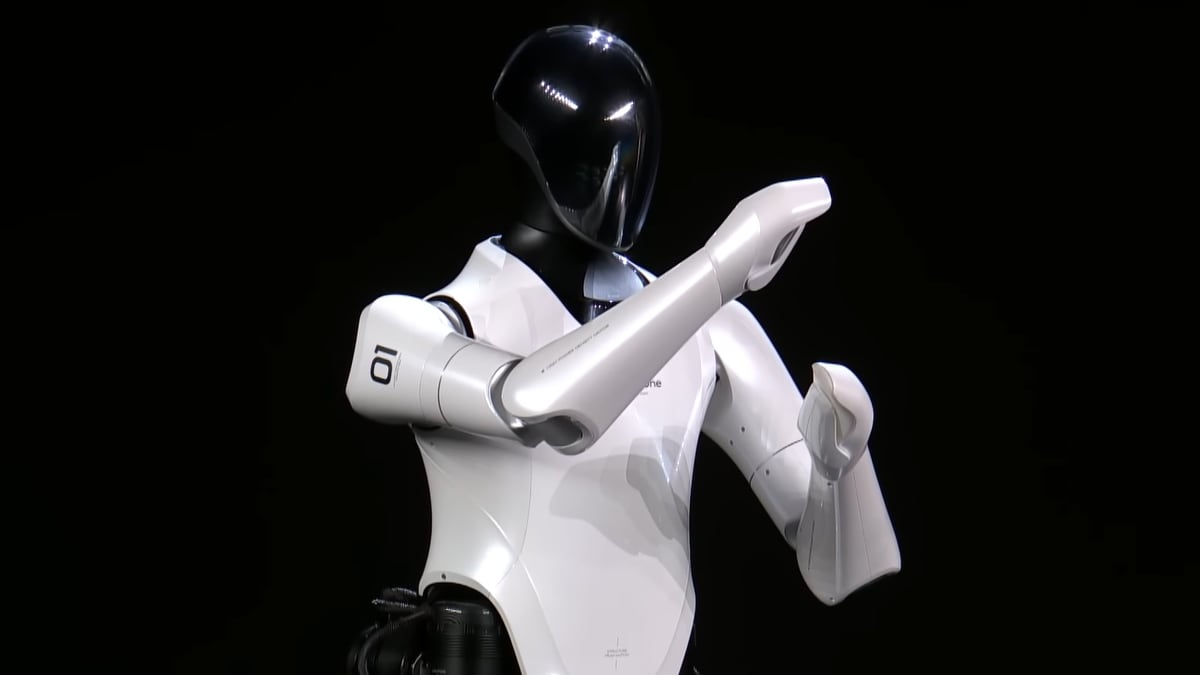 Xiaomi unveiled its first humanoid robot named CyberOne alongside the Xiaomi Mix Fold 2 during a live event on Thursday. The robot can listen to human interactions and is capable of recognising individuals and their emotions. The CyberOne is 177cm tall, weighs 52kg, and has an arm span of 168cm. It is claimed to be capable of perceiving 3D space. The CyberOne comes equipped with technologies to recognise 85 types of environmental sounds and 45 classifications of human emotion. Xiaomi also has a quadruped robot called CyberDog, which was unveiled at the Mobile World Congress (MWC) 2022 in February.

During the Xiaomi Mix Fold 2 launch event on Thursday, Xiaomi unveiled the CyberOne. The humanoid robot handed a flower to the company’s Chief Executive Officer Lei Jun on stage and showcased some movements.

“CyberOne’s AI and mechanical capabilities are all self-developed by Xiaomi Robotics Lab. We have invested heavily in R&D spanning various areas, including software, hardware, and algorithms innovation,” said Lei Jun in a statement.

CyberOne comes with arms, legs, and supports bipedal motion and is said to reach a peak torque of up to 300Nm. It has an OLED module to display facial expressions and can see the world in 3D.

Developed by Xiaomi’s Robotics Lab, the CyberOne features a matte white colour finish with dark joints. Lei Jun says it can move at a speed of 3.6km/hour. Further, The robot measures 177cm in height and 52kg by weight, with an arm span of 168cm.

Xiaomi says the CyberOne supports up to 21 degrees of freedom in motion and has a real-time response speed of 0.5ms. A motor with a rated output torque of up to 30Nm powers the upper limbs of CyberOne. Further, the robot is claimed to hold up to 1.5kg in weight with single hand.

Xiaomi has packed a Mi Sense system combined with AI algorithm in the new device that allows CyberOne to recognise individuals and their gestures. It is also said to recognise 85 types of environmental sounds and 45 classifications of human emotion.

The CyberOne is still in development and may get updated with new features before the final release. “Xiaomi is making its first steps in the field, and CyberOne is constantly adding new capabilities. We think that intelligent robots will definitely be a part of people’s lives in the future,” said Lei Jun.

The CyberOne is the second product from Xiaomi’s Robotics Lab following the CyberDog released earlier this year. It is powered by Nvidia’s Jetson Xavier AI platform and has 11 high-precision sensors including touch sensors, cameras, and GPS modules to sense and interact with its environment. The Xiaomi CyberDog comes with 128GB of SSD storage and it can respond to voice commands. It recognises wake-up commands and can be controlled using the bundled remote or a connected smartphone app.