Update 1 (08/18/2021 @ 04:22 PM ET): After a premature announcement last week, Xiaomi has officially taken the wraps off the Redmi 10, a budget smartphone with some impressive specs. The article below has been updated with the confirmed pricing details.

In August last year, Xiaomi’s sub-brand Redmi launched the Redmi 9. The MediaTek Helio G35-powered budget-friendly device was among the most popular phones last year, and it took the top spot in the budget category in various markets. Redmi has now unveiled its successor — the Redmi 10 — and it packs some great hardware for a budget device.

The Redmi 10 is a huge step up from its predecessor. It features a 6.5-inch FHD+ display with a resolution of 2400 x 1080 pixels and a 90Hz refresh rate. It also comes with adaptive sync support, meaning that it can switch between 45Hz, 60Hz, and 90Hz based on the content displayed. The phone packs MediaTek’s Helio G88 chip coupled with up to 6GB of RAM and 128GB of storage. 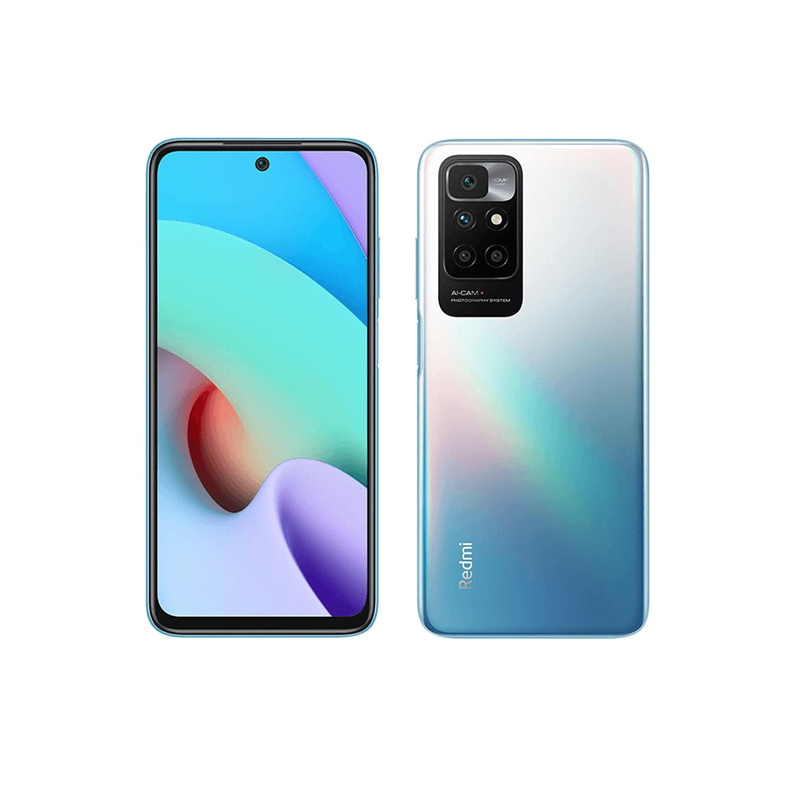 For photography, Redmi has packed a quad-camera setup on the Redmi 10. It consists of a 50MP primary camera, an 8MP ultra-wide camera, a 2MP macro camera, and a 2MP depth sensor. Over on the front, the device features an 8MP selfie shooter.

The Redmi 10 is backed by a 5,000mAh battery, which is typical of budget Redmi phones. It supports 18W wired fast charging with the included charger, and it even offers 9W reverse wired charging support. In terms of ports, the phone features a USB Type-C port for charging and data transfer, along with a 3.5mm headphone jack. The device also features a side-mounted fingerprint scanner and a single bottom-firing speaker. On the software front, the Redmi 10 runs MIUI 12.5 based on Android 11.

The Redmi 10 will be available in three RAM/storage variants — 4GB+64GB, 4GB+128GB, and 6GB+128GB — for $179, $199, and $219 respectively. Buyers will get three color options to choose from — Carbon Gray, Pebble White, and Sea Blue. All devices will be available through the company’s official sales channels starting Friday, August 20th.

The post Xiaomi’s new Redmi 10 is a budget-friendly device with a Helio G88 SoC and a 90Hz display appeared first on xda-developers.