EndGame Gear announces a new mouse with its XM2w, the first wireless mouse of the brand. On the agenda, we can expect a sleek model with a battery while offering a controlled weight. Will it be the case? 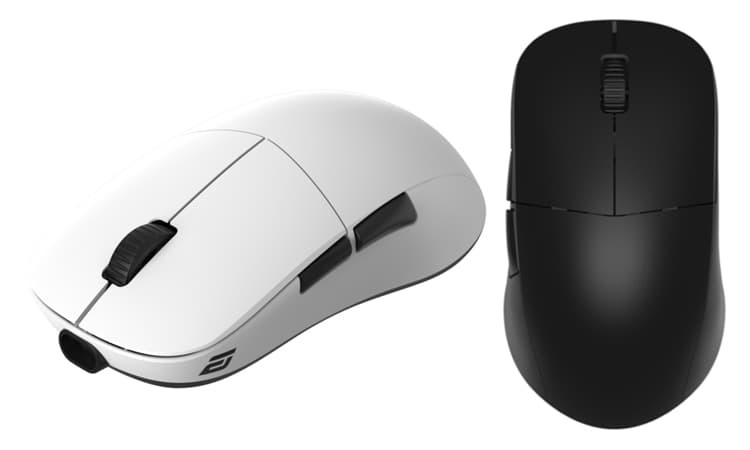 ago, this model is sober. Here, no RGB, just a white or black shell. The shape is also basic, but the grip is clearly easy. However, it is a model for right-handed users, as shown by the two side buttons on the left side of the mouse.

However, what interests us is the technical data sheet which announces dimensions of 122 (W) x 66 (D) x 38.5 (H) mm. Dimensions very close to the first model of the brand. However, EndGame Gear offers a lighter wireless version than the wired model. Indeed, the weight goes from 70g for the XM1 to 63g on this model!

Internally, we will have the right to a PixArt PAW3395 optical sensor that can go up to 26000 CPI while accepting accelerations of 50G. On its side, the polling rate is 1000 Hz and the detection of clicks is less than 1 ms thanks to an analog technology. As for switches, we have the right to Kailh GM 2.0 given for 20 million activations. Finally, for a better glide, the pads are 100% PTFE.

Before moving on to the price, a quick word on the battery which has a capacity of 335 mAh. Nevertheless, we know nothing about its autonomy. However, in the absence of lighting, it should be satisfactory, to see in practice.

Finally, as far as the price is concerned, it will cost €109.90 to pre-order on the brand’s website.