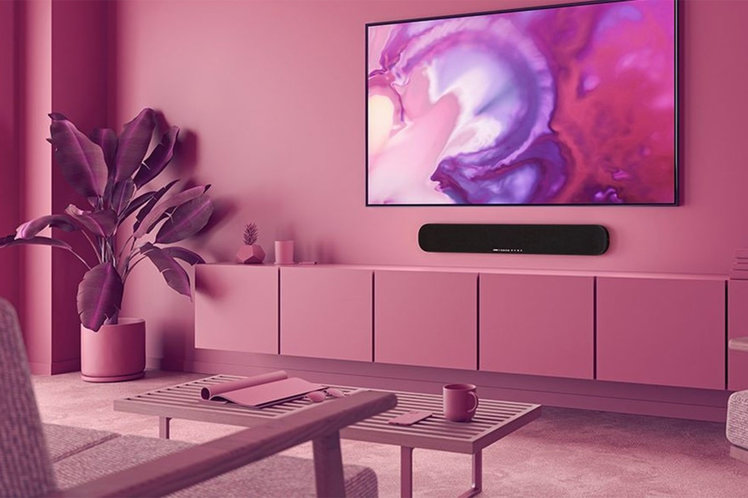 If it wasn’t for Yamaha, the ‘soundbar’ wouldn’t even be a thing. The company pretty much developed this market segment single-handed, and for the last 15 years it’s remained there or thereabouts when talk turns to the best soundbars around.

With the SR-B20A, Yamaha is looking to freshen up its entry-level offerings. That’s ‘entry-level’ by Yamaha standards, of course – any number of fairly well-regarded brands will sell you a soundbar for a fair bit less than this. The SR-B20A is nominally a replacement for the YAS-107, which has been around for the thick end of four years – which, as well all know, is quite a long time in consumer electronics world.

No one wants their new soundbar to draw attention to itself, do they? Not visually, anyway. Happily, you can rely on Yamaha to deliver a product that’s unobtrusive and discreet, yet with high perceived value – and that’s what it has done with the SR-B20A.

Of course, the Yamaha is designed to work in a couple of orientations – so if you use the key-hole fittings on the base to hang it on the wall, it doesn’t look any less discreet. Even the bass reflex ports at either end of the enclosure manage to look quite decorative.When it’s standing on a surface beneath your TV the SR-B20A is as unassuming as they come. The fact it’s flawlessly finished and almost entirely covered in acoustic cloth doesn’t do any harm either.

The Yamaha’s toting a tidal of 120 watts of Class D power – which, we can all agree, ought to prove ample. It powers a six-driver array – when the ‘bar is sitting on a surface, on its neatly integrated silicone feet, the arrangement is of two forward-facing 25mm tweeters, with a pair of 75mm bass drivers and a couple of 55mm midrange drivers arranged at either end of the top surface.

Change its orientation, of course, and the arrangement changes too. When the Yamaha’s hanging on a wall, the tweeters face downwards and the other four drivers fire forwards – but in either event, the Yamaha’s arranged in an effort to extract a suggestion of ‘3D’ sound from suitable soundtracks. 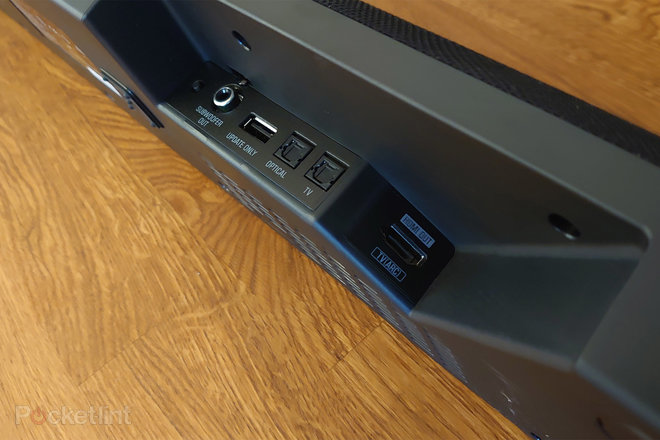 In terms of getting the information on board the SR-B20A in the first place, there are a few options. There’s an HDMI ARC socket, naturally, plus a couple of digital optical inputs too. Bluetooth 5.0 connectivity is available, which is handy if you want to use the Yamaha as a music speaker too. And there’s a pre-out for a subwoofer, just in case two 75mm bass drivers powered by 60 watts sounds a bit timid to you.

The sound can be fettled by a few different EQ presets: ‘standard’, ‘movie’, ‘stereo’ and ‘game’ should be self-explanatory. There’s also a preset called ‘clear voice’, which intends to project dialogue ahead of the rest of the soundtrack – handy if you’re listening at low volume – and ‘3D Surround’, which is the Yamaha’s party-piece – it’s compatible with DTS Virtual:X as well as Dolby Audio and DTS Digital Surround.

Getting your bidding done by the Yamaha is pretty straightforward, and you’ve a number of options.

The least satisfactory method is using the few touch-sensitive controls on the top (or front, depending on its orientation) of the soundbar itself. They’re not as sensitive or as responsive as is ideal, though, and ultimately prove a little frustrating. The brief display is useful for confirming what the SR-B20A is up to, though.

Far more helpful are the remote control handset and Yamaha’s typically slick Sound Bar Remote app. The handset feels, well… what’s the opposite of ‘luxurious’? But it has every control you need, and the ‘bar proves responsive to its commands. And the app is clear, logical and stable – which puts it ahead of many an app from competing manufacturers. It, too, gets your bidding done in short order.

Despite its Bluetooth credentials, it seems overwhelmingly likely that the SR-B20A will be used by movie and gaming fanatics to bring a bit more oomph to their audio experience. So with the Yamaha linked to a fairly standard 4K HDR LED TV using an HDMI cable, we set about finding out what ‘oomph’ means in this context. 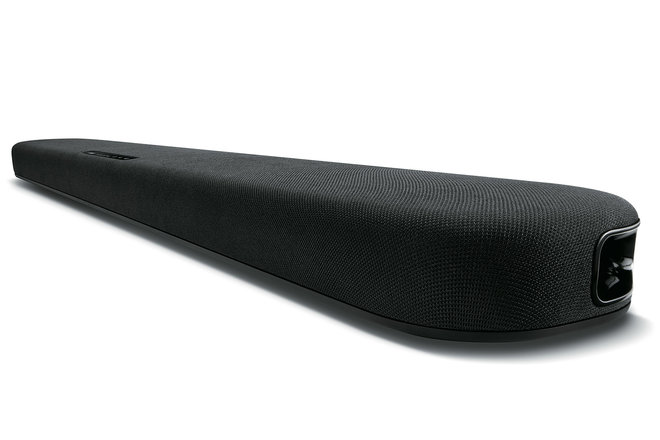 With an appropriate movie soundtrack on board, oomph is a pretty fair description of what the Yamaha is capable of. It certainly brings a great deal more low-end presence to a soundtrack than any mainstream non-flagship TV can manage – there’s plenty more bass action to enjoy. The problem with the SR-B20A’s low-end reproduction, though, is its distinct lack of variation. There’s plenty of bottom-end activity, but it’s quite monotonal and doesn’t have a lot of tonal expression. Still, if you like a lot of thump with your listening, the Yamaha will sort you right out.

It’s a far more subtle, detailed, convincing and, consequently, successful soundbar where the midrange is concerned. Detail levels are high, and there’s real nuance to the way the Yamaha serves up dialogue. As far as communication and articulacy go, in this respect the SR-B20A is as good as, if not better than, any price-comparable rival.

And it’s a similarly pleasant story at the top of the frequency range. Treble sounds have proper substance, and plenty of attack to go along with it – there’s a very pleasing robustness to the way the Yamaha handles the top end.

And in terms of scale, the SR-B20A has plenty to recommend it too. Even when set to ‘standard’, there’s a very pleasing width to the soundstage it presents – so give it the right stuff to work with, switch to ‘3D surround’ and there are obvious gains in height and depth of soundstage too. Naturally everything that’s going on happens in front of you – this is no Dolby Atmos soundbar after all, it’s far too small and too affordable for that – but the size of the soundstage the Yamaha is capable of generating dwarfs that of your average LED TV when left to its own devices. 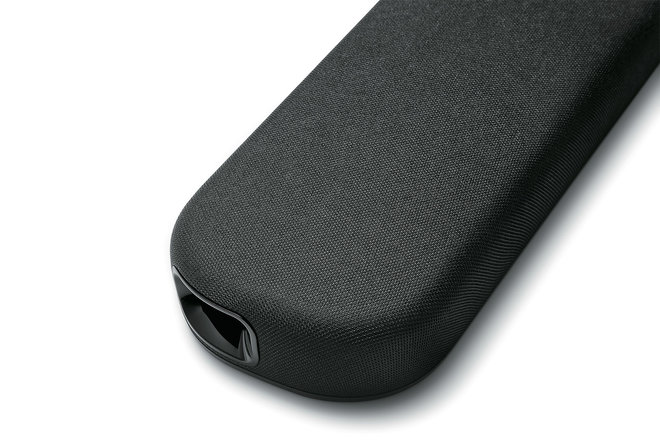 Dynamically, too, the SR-B20A turns in a very acceptable performance. It has enough fine detail retrieval to ramp up the tension during the quieter moments, but also breathes deeply enough to make that sudden explosion really, well, explosive. For all that the Yamaha’s low-frequency drivers lack articulacy, they want for nothing where the aforementioned oomph is concerned.