At CES 2020 in January this year, Google announced a couple of new features for the Google Assistant. These included a new Scheduled Actions feature that would allow users to ask the Assistant to turn on/off or start/stop a compatible smart device at any time of their choosing. The feature has finally started rolling out to users, and you can now use the Google Assistant to schedule commands for your smart lights.

According to Google’s official documentation regarding Scheduled Actions, the feature currently only supports scheduling for the next seven-day period. However, Android Police claims that scheduling actions several days in advance doesn’t seem to work at the moment. The publication further reveals that you have to specify the exact time for the scheduled actions, or the Assistant acknowledges the command without asking for clarification.

However, the feature seems to work as intended if you ask the Assistant to turn on/off the light at sunrise or sunset, as it confirms the exact time before scheduling the action. Google’s documentation adds that the feature will also let you cancel scheduled actions by using commands like: “Hey Google, cancel my scheduled Actions” or “Hey Google, remove my [device name]’s schedule]. But these cancellation commands don’t seem to work at the moment. 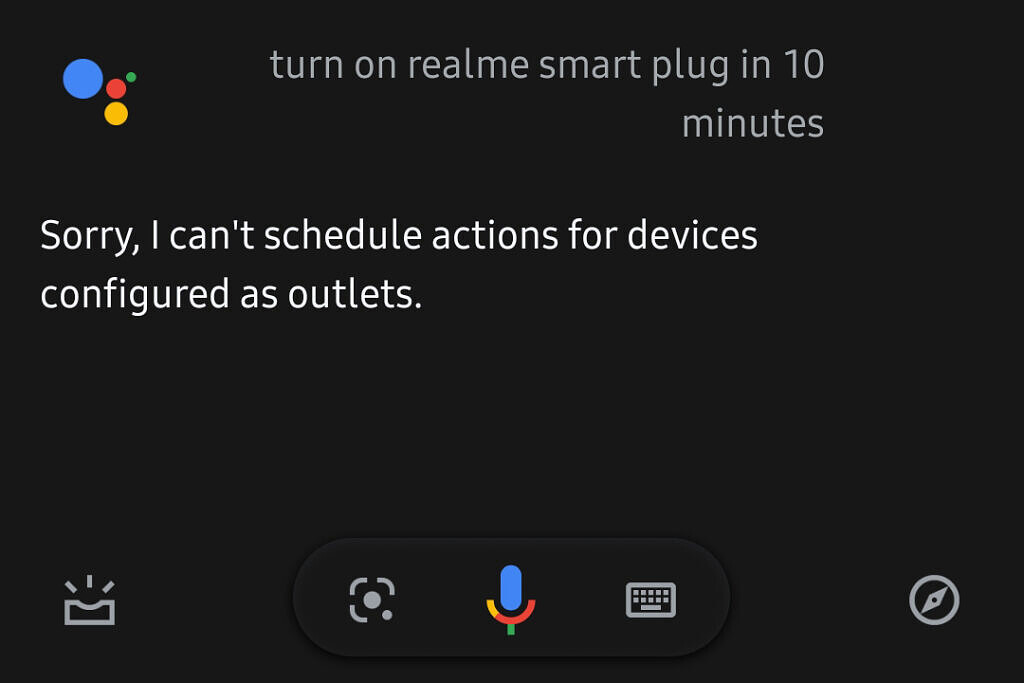 It’s also worth noting that although Google’s documentation mentions other smart devices, currently the feature only works with smart lights. I tried scheduling an action for a smart plug and I got the following reply from the Assistant: “Sorry, I can’t schedule actions for devices configured as outlets.”

The post You can now schedule Google Assistant commands for smart lights appeared first on xda-developers.