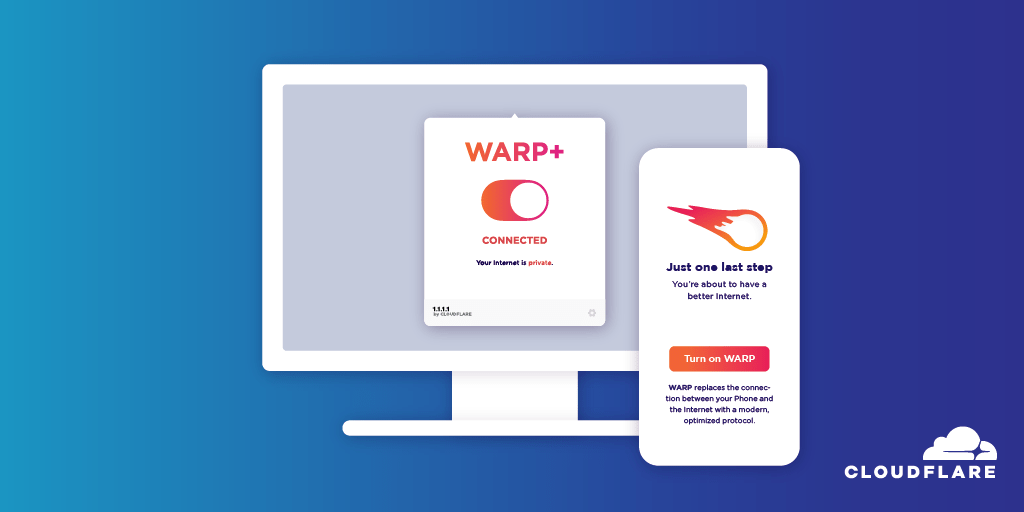 Cloudflare’s WARP VPN is a well known go-to VPN for Android and iOS devices. It’s free, fast and pretty reliable. The company also offers a paid version of the service, called WARP+, that will cost you around $1 a month, and will give you even faster speeds and priority service.

Back in April, Cloudflare announced on its blog post, that it is bringing the famous service to laptops and desktops. Since then, there’s been no official announcement from the company on its availability, even though they did announce that it will be available to premium users first.

WARP VPN is based on new VPN technology, called Wireguard, a much faster VPN Protocol than OpenVPN.

Well starting today, you can try WARP VPN service on your desktop, irrespective of it being a Windows device or a macOS device. Linux users will have to wait though. The company says it will start building an app for Linux devices once they roll out stable version of their macOS and Windows apps.

There are some issues that Cloudflare notes one should know before they use the service.

WARP VPN Issues: Common to both Windows and macOS