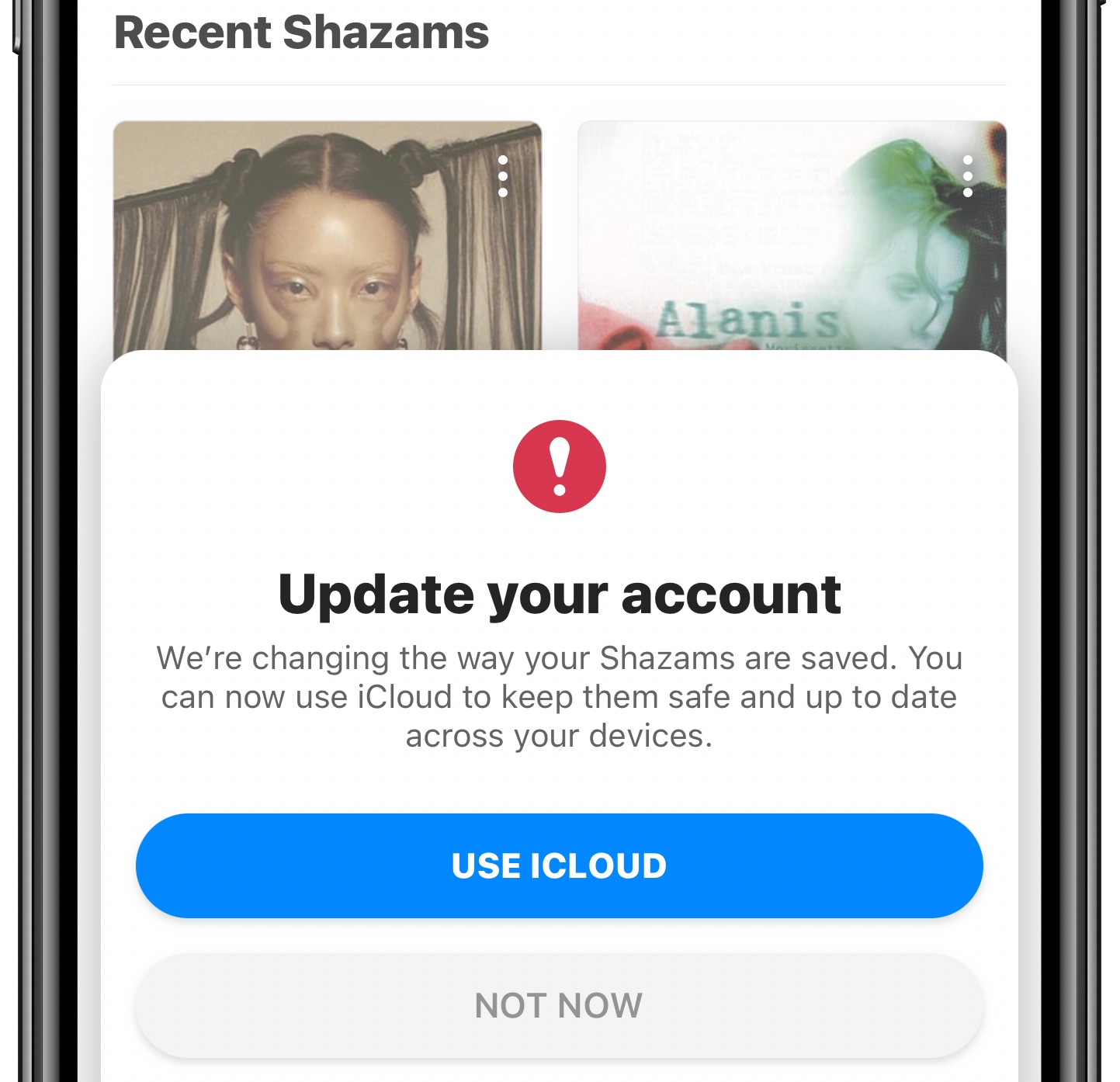 The Apple-owned Shazam music identification app has been refreshed on the App Store with a new iCloud sync feature. Instead of the user name and password, you can now simply enable the option to have your identified songs synchronized via iCloud across your other Apple devices using the same Apple ID.

This feature requires Shazam for iOS version 13.28. The Shazam Encore app, which used to be a paid download, has not been refreshed on the App Store with this new feature. The same goes for Shazam for Mac, Shazam Encore for Mac and Shazam for Android.

Upon launching Shazam, a splash screen asks whether you’d like to immediately enable the new feature. “We’re changing the way your Shazams are saved,” reads the splash screen. “You can now use iCloud to keep them safe and up to date across your devices.” 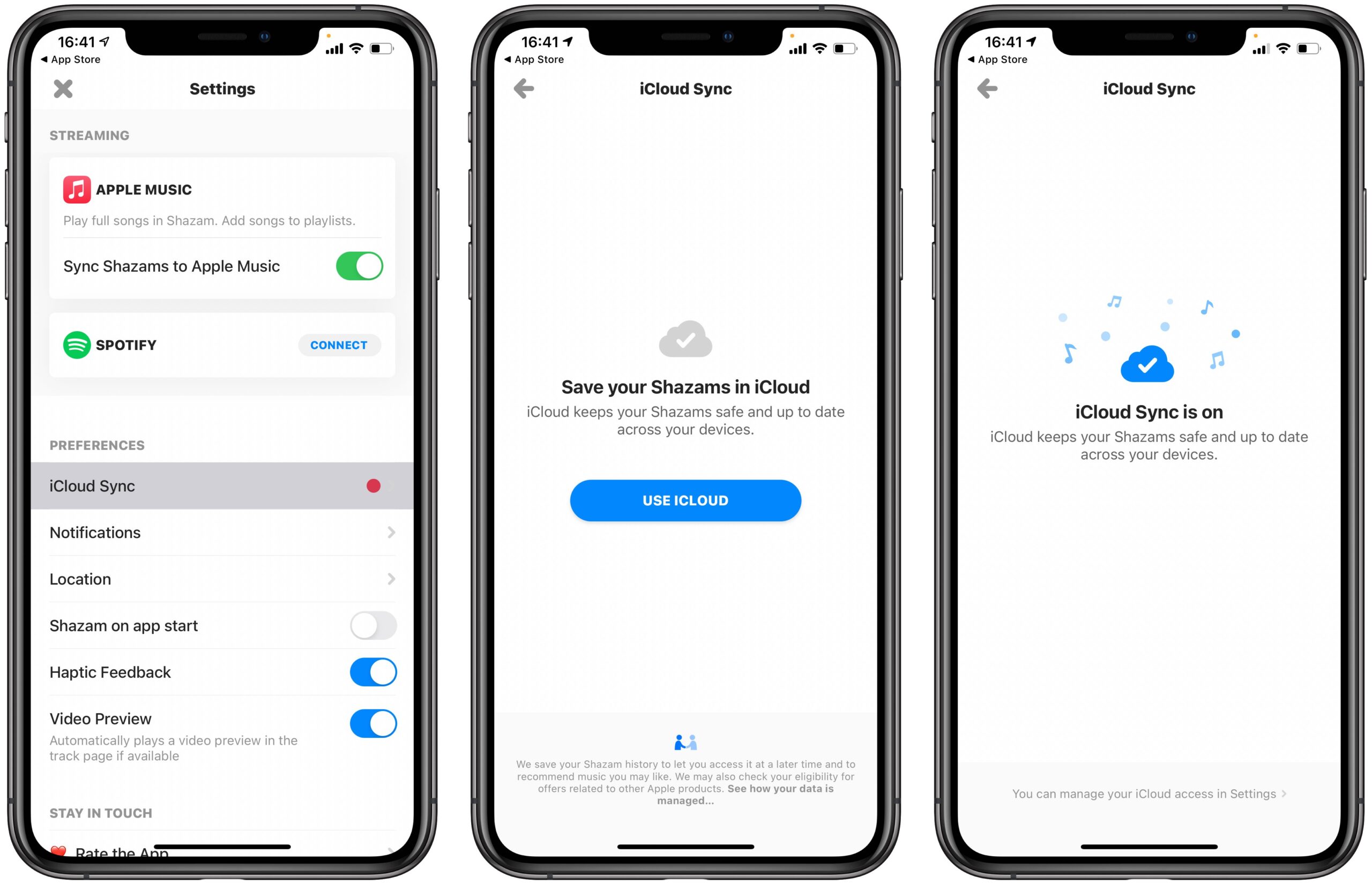 Choose “Use iCloud” to get it done or “Not Now” if you plan on doing this later. At any time, you can visit Shazam’s in-app settings, then choose “iCloud Sync” underneath the heading “Preferences.” On the next screen, touch the option “Use iCloud” to instantly enable the feature.

Download Shazam from the App Store at no charge.