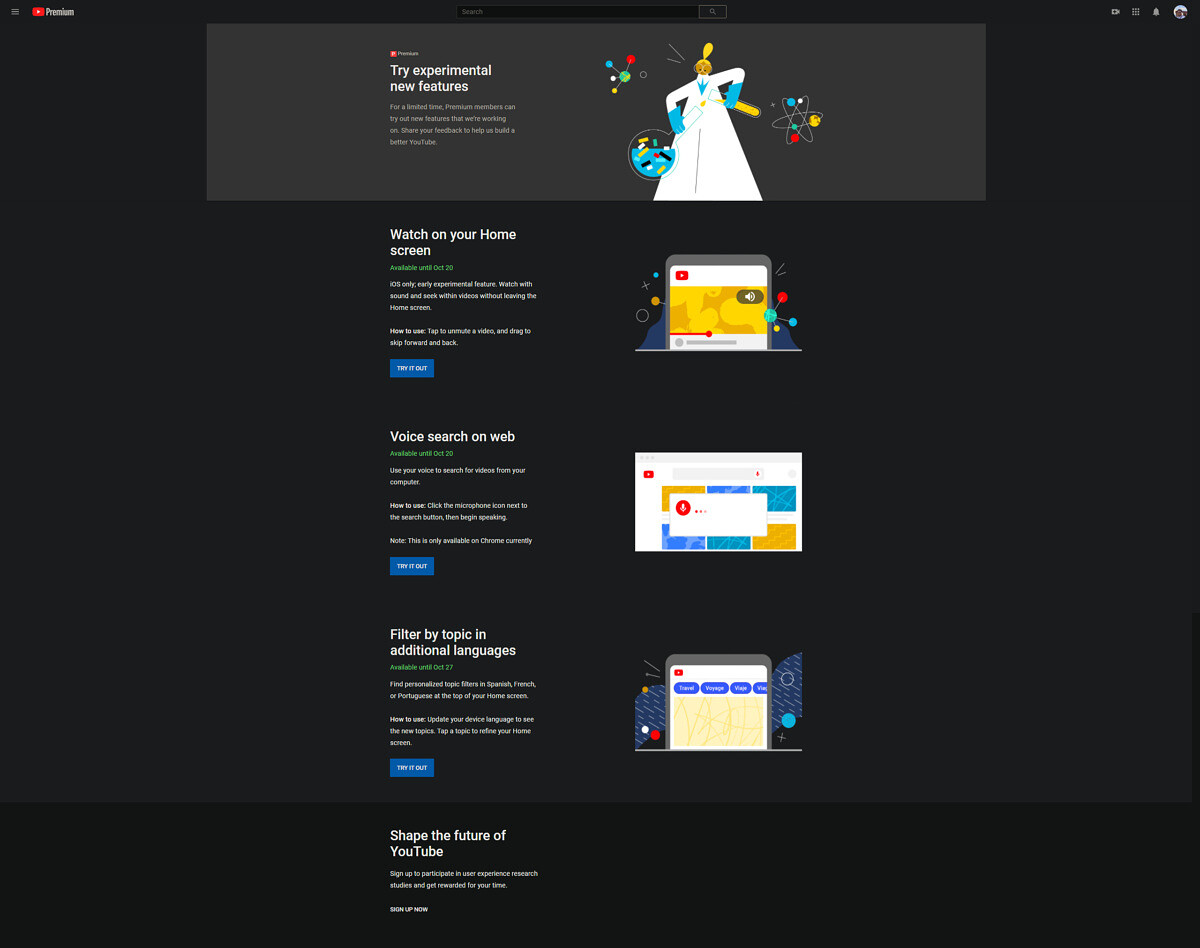 Going forward, only YouTube Premium subscribers can get early access to experimental YouTube features. Google previously picked users at random to beta test features before rolling them out to a wider audience.

YouTube’s experimental features page has been updated to reflect the change (via AndroidCentral). “For a limited time, Premium members can try out new features that we’re working on,” the page says. “Share your feedback to help us build a better YouTube.” 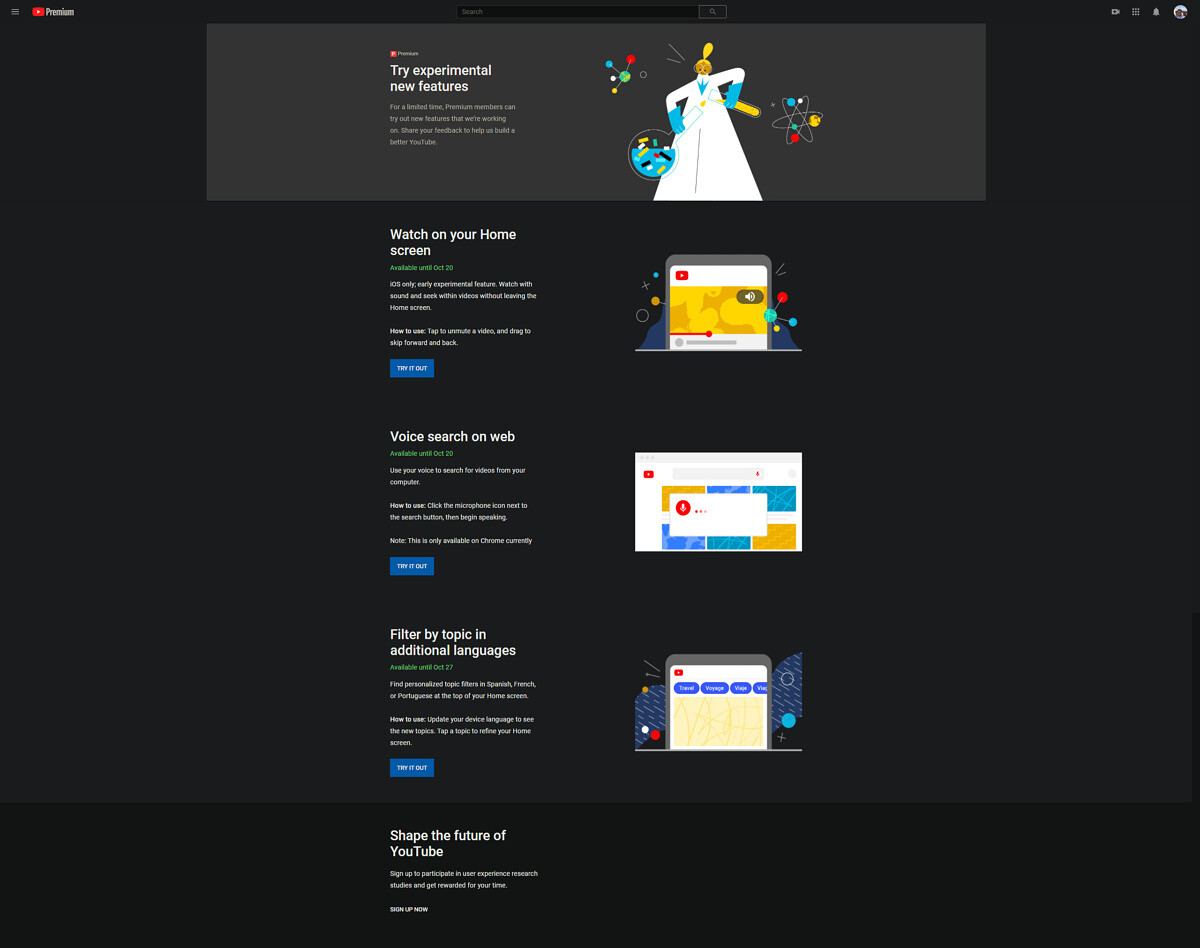 YouTube Premium is a monthly subscription that features an ad-free experience, the ability to download videos, background play, and YouTube Music Premium. You can sign up for a one-month free trial, but then it costs $11.99 per month after that.

It’s unclear why Google moved experimental features to YouTube Premium. Perhaps Google is doing it as a way to entice people to sign up for the service. Or perhaps people weren’t testing YouTube’s experimental features often enough, and the company decided subscribers would be more likely to test them out.