Some world records in overclocking have recently fallen. Indeed, Splave, equipped with a Z690 Aqua OC and a Core i9 12900KS, managed to break six world records. In addition, it is in the lead in nine different categories. That’s quite a record! 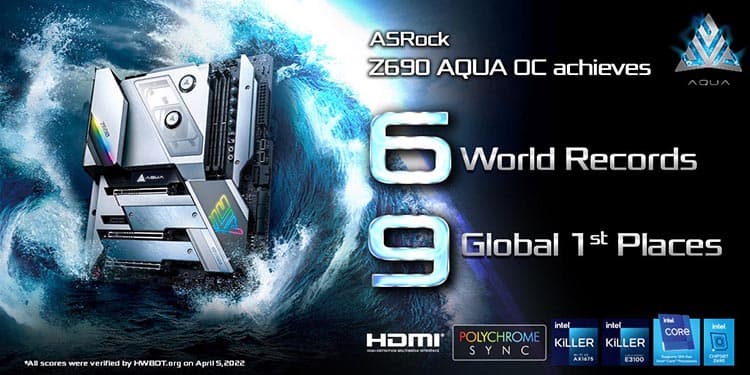 Splave managed to break six world records. It happened on the following benchmarks:

Nevertheless, between the announcement and the time of writing this article, the overclocker loses a place on SuperPi and Cinebench 2003 in 8 cores. Anyway, quite a feat.

With this, the clocker managed to be in the lead on other benchmarks. Here we are talking about :

In short, a nice succession of records and first places in many categories. Hats off to you!

Here are the results on HWBot !

The post Z690 Aqua OC: Six World Records with an i9 12900KS appeared first on Overclocking.com.